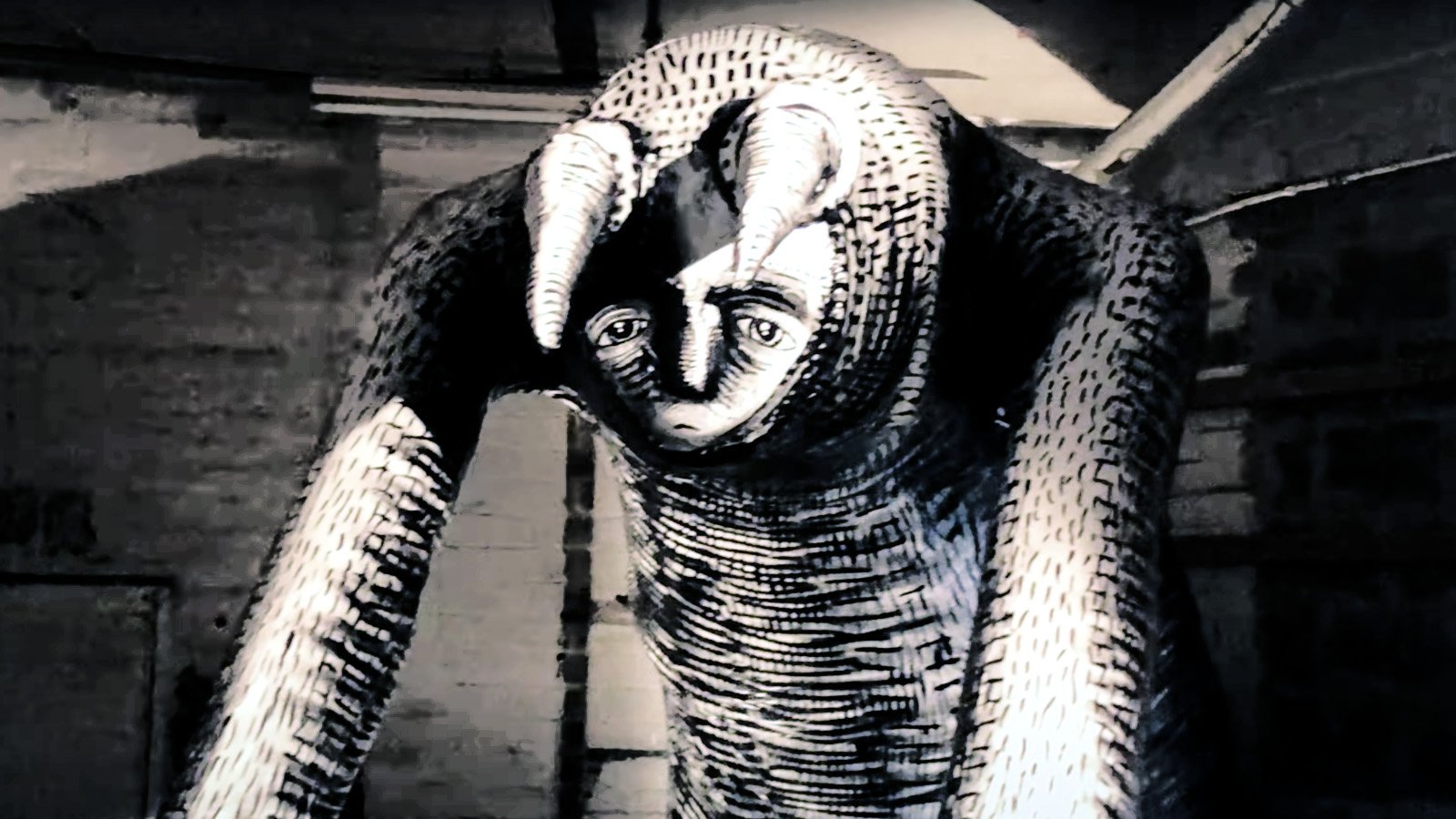 Artist Phlegm is well known for his unique style and amazing street art in Sheffield, and around the world. Recently, he exhibited a number of sculptures and paintings in a special ‘Mausoleum of the Giants’ installation.

Mausoleum of the Giants

Mausoleum of the Giants was an exhibition from Phlegm, bringing his surreal creations to life – and larger than life!

The immersive installation took place in the abandoned Eye Witness Works on Milton Street in Sheffield.

Phlegm is a Sheffield-based artist. His monochrome beasts can be found adorning buildings across the world, including many in Sheffield.

The artist strives to “intertwine his highly imaginative work with existing deteriorating structures”. Works can usually be seen on disused or run-down structures.

His unique style was first introduced in self-published comics and continues to expand in his portfolio of street art.

The long-limbed creatures can often be seen surrounded by an essence of machinery; levers and cogs are a feature, as are impossible flying machines and giant telescopes.

Phlegm describes the creatures as “peaceful beasts whose lives span thousands of years”.

The artist’s first exhibition, The Bestiary, took place in Shoreditch in 2014.

Since then you can find his work in countries such as Australia, Belgium, Canada, Italy, Spain, Sri Lanka and USA, amongst many others.

In 2016, Phlegm painted ‘the world’s tallest mural’ at 1 St. Clair West, Toronto. The design reaches 8-storeys high on the side of the office building.

The Mausoleum of the Giants exhibition only lasted a limited time at Eye Witness Works. The building was scheduled for development into apartments following the installation’s run.

Otherwise know as Taylor’s Eye Witness Works, the building is a former factory specialising in kitchen and pocket knives. The company — under different names — operated at the Milton Street site since 1852.

Following Phlegm’s Mausoleum of the Giants exhibition work started on the conversion to a residential development.

However, the artist painted works on the exterior of the building. (notably on the Headford Street elevation), which have been retained — keeping part of the exhibition at the site.