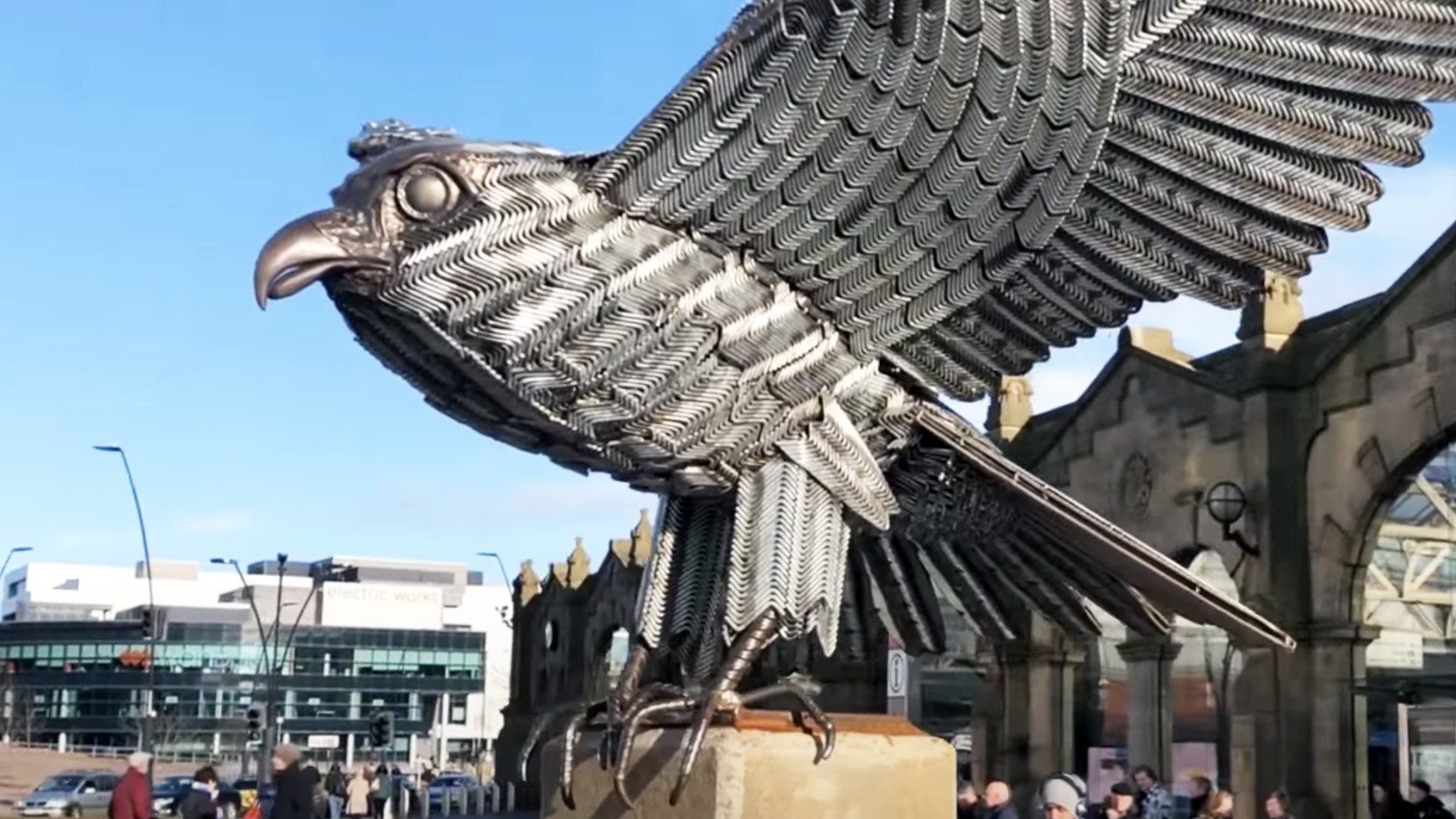 Allen the Falcon is a sculpture that was temporarily situated outside Sheffield Midland Train Station in Sheaf Square. It now resides at the University of Sheffield’s Diamond building.

The statue was made by Jason Heppenstall, commissioned by Ikea, to celebrate the opening of their new Sheffield store.

Made from Ikea’s famous Allen Keys, the peregrine falcon display appeared in early September 2017. The outdoor exhibition lasted until 28 September 2017.

Permanent home at The Diamond

Discussions took place between Ikea, Sheffield City Council and the University of Sheffield to find the sculpture a permanent home.

Subsequently, you can find Allen the Falcon outside the University’s Diamond Building.

Fittingly, the sculpture is situated in the shadow of St George’s Church tower. Peregrine falcons have been breeding here since 2012.

The famous Sheffield peregrine falcons have their own Twitter and can even be watched on a 24-hour webcam feed.

Artist Jason Heppenstall is famous for his nature and animal sculptures made from reclaimed materials. Ikea commissioned the sculptor to celebrate the opening of their Sheffield store.

Peregrine falcons were chosen as the subject in homage to the birds housed at St. George’s Church.

The sculpture took around 17,000 Allen keys to build. Normally a project like this takes Heppenstall months to complete, but deadlines meant completing in just six weeks.

Ornithologists can tell the Falcon is female from the feather arrangements (particularly the tail feathers), such is the sculpture’s detail.

Sign up now to receive occasional updates from The Sheffield Guide. All the latest Steel City information first, direct to your inbox!