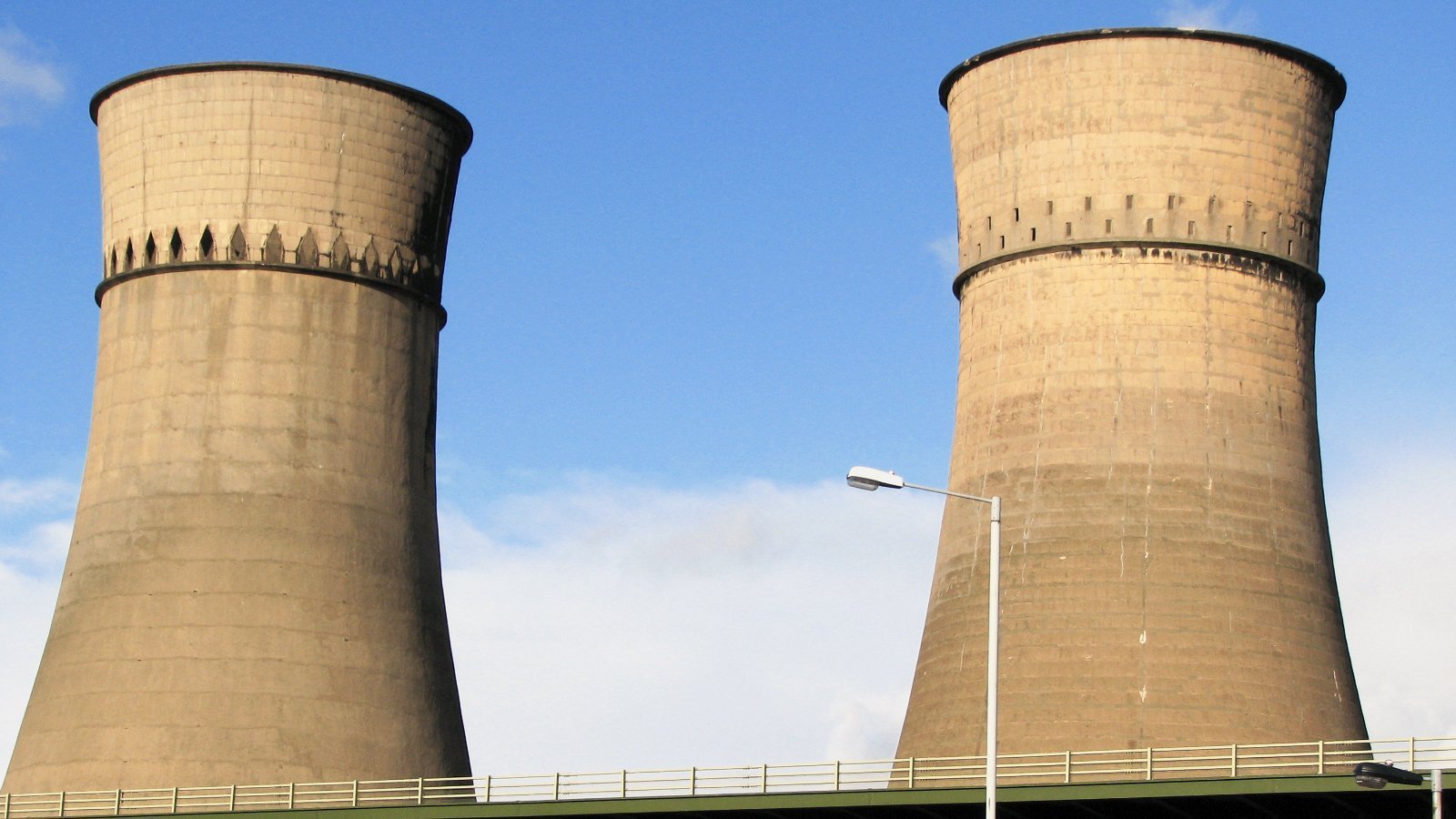 The M1 viaduct is one of Sheffield’s most prominent landmarks. Moreso once upon a time due to the adjacent pair of cooling towers that the viaduct respectfully curved around.

The Tinsley Cooling Towers were left standing for safety reasons after the demolition of the old Blackburn Meadows Power Station, following its closure in 1980.

Towers too dangerous to demolish

The cooling towers were initially deemed too dangerous to demolish. At their closest point the behemoths stood just 12 meters from the twin-decked motorway viaduct.

Over time the monoliths became iconic. Sheffielders often recalled ‘knowing they were home’ when seeing the towers whilst travelling back to the city on the M1. Some locals nicknamed the Towers the “Sheffield Sisters”.

Their iconic status — and the seemingly prohibitive costs of demolishing the towers safely — looked to have cemented the towers in Sheffield’s future as much as they were a part of its history. However, owner of the tower (and the now-demolished power station) E.ON UK, stated its intention to demolish them once the strengthening of the viaduct made it feasible.

Sentimental locals started a campaign to retain the Tinsley Towers in some form.

Plans were made to turn them into some form of public art. Other schemes for the towers included conversion to a concert hall, skate parks and a theme park. But none of the ideas ever made it far into the planning stage.

The structures were given a short reprieve after being chosen as a nesting site by a rare bird.

The 250 feet (76 m) towers were demolished at 3AM BST on 24 August 2008. However, a significant portion of the north tower remained standing for a short while.

The demolition attracted widespread attention. A viewing platform was set up in the car parks of nearby Meadowhall Shopping Centre so the public could watch the towers fall. Others gathered on surrounding hills to get a good look.

E.ON UK now use part of the site for a new biomass power station.