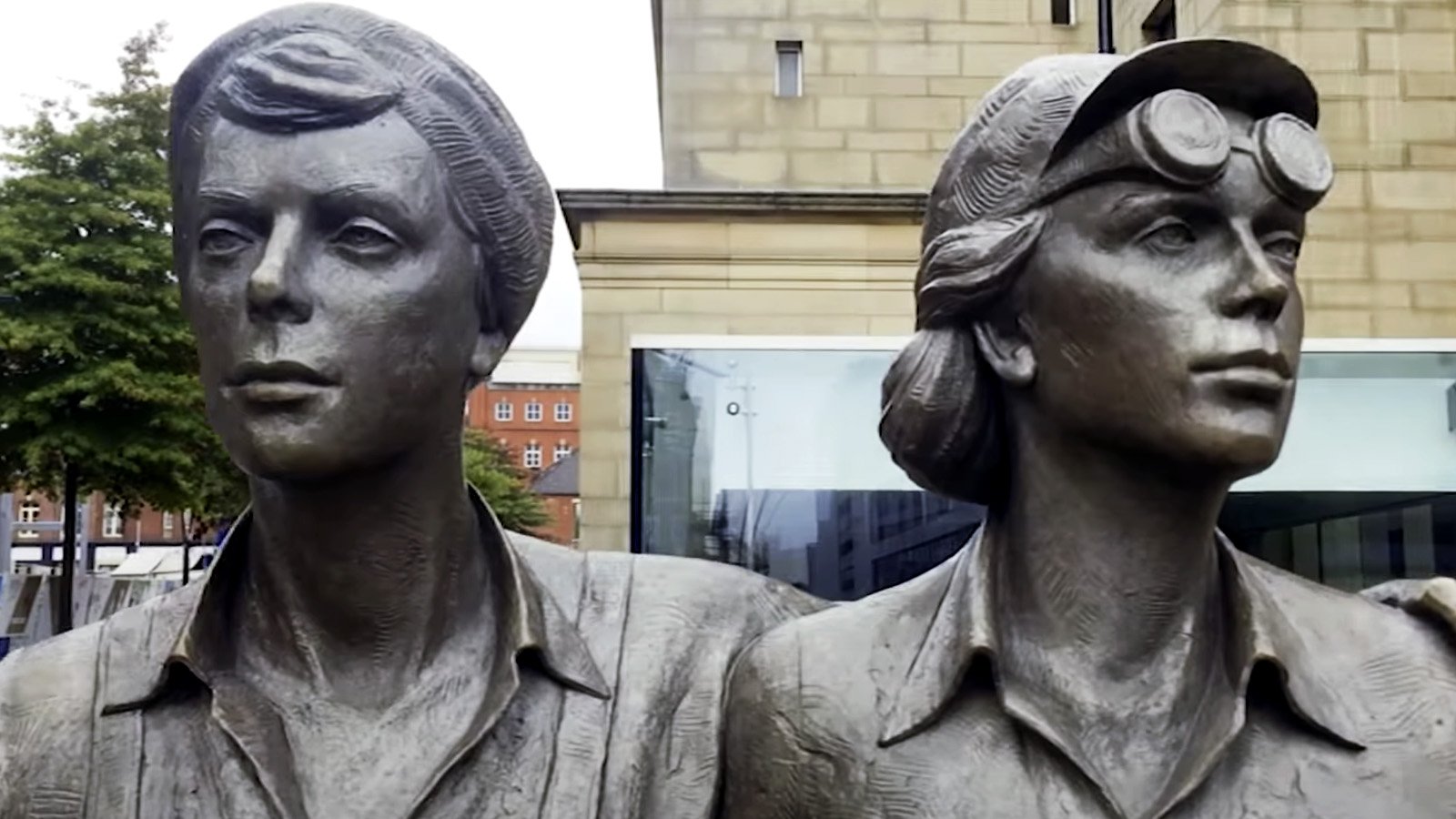 Women of Steel is a statue situated in Barkers Pool, outside Sheffield City Hall.

The bronze statue was sculpted by Martin Jennings and unveiled in a special ceremony on 17 June 2016.

The statue honours women conscripted to take up work in Sheffield’s factories during both World War I and World War II.

Their efforts kept vital industry running. As a result, the work facilitated wartime efforts while the men who usually worked in those jobs were away fighting.

Posts for the ladies included extremely dangerous and physical roles in local steelworks. Many of the women were teens or in their early twenties.

Forgotten for many years

Incredibly, the women were simply dismissed from these jobs when men returned home at the end of the wars.

Seemingly forgotten, the women weren’t officially recognised for many years. Nancy Fielder — then a writer for The Star (now the Editor) — instigated a campaign to formally honour them.

Martin Jennings was commissioned to create a work to commemorate the amazing ladies as a result.

Funding for the statue was raised from public donations. Moreover, a fundraising concert was arranged featuring the likes of Sheffield bands Heaven 17 and Reverend and the Makers.

A concurrent initiative by Sheffield Assey Office produced a limited number of commemorative medallions to award to the women and their families. Consequently, over 800 of the honours were distributed.

Over 100 of the women attended the unveiling of the bronze statue. Additionally, the event also featured a special dinner in the City Hall Ballroom.

The Women of Steel statue’s permanent home is beside Sheffield City Hall in Barkers Pool, near Holly Street.