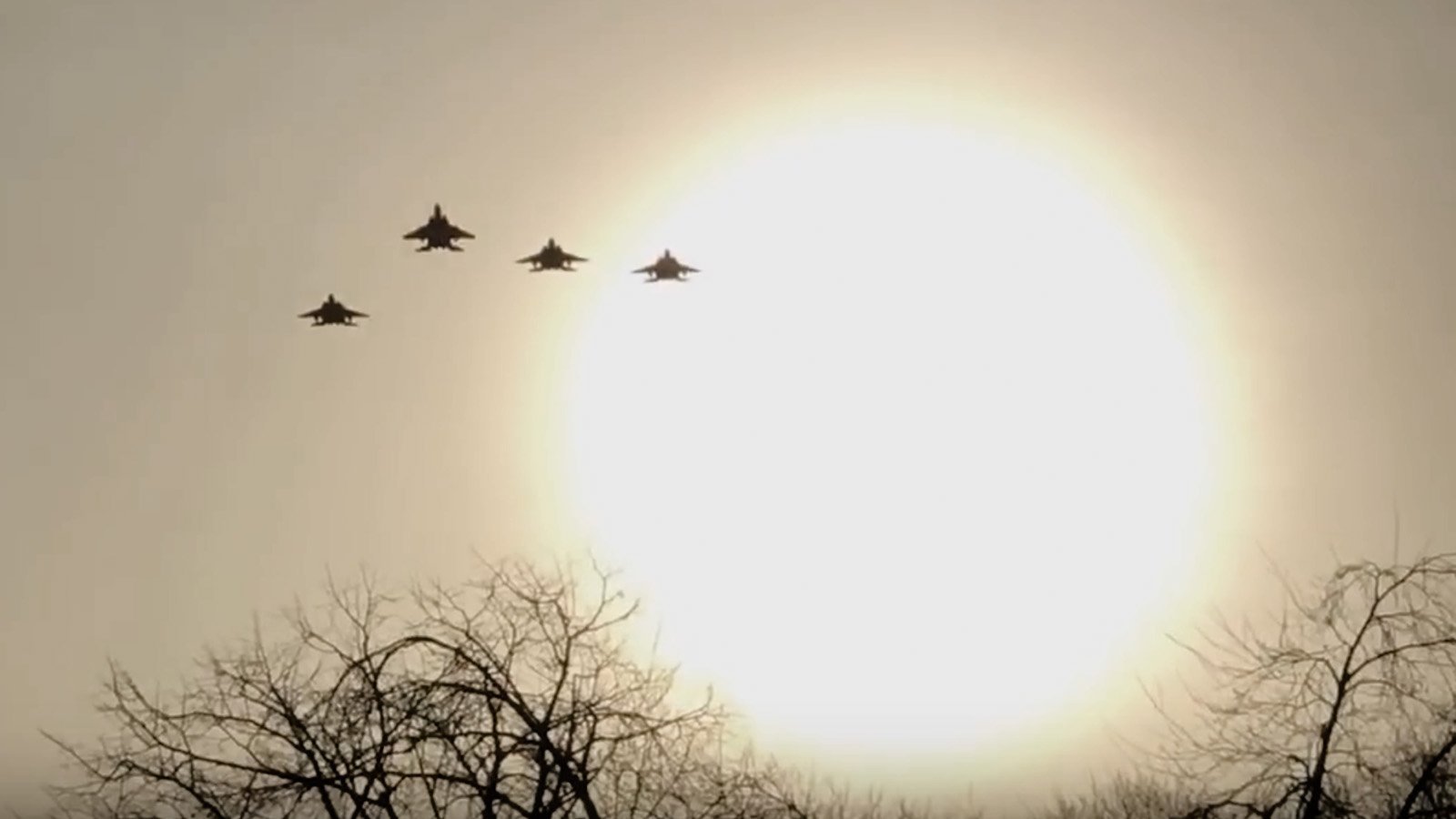 A special flypast took place over Endcliffe Park on 22 February 2019, marking the 75th Anniversary of the Mi Amigo disaster — A plane crash that occurred during the Second World War. This incredible footage documents the extraordinary memorial event.

On 22 February 1944, a heavily damaged bomber plane — named Mi Amigo — crashed into Sheffield’s Endcliffe Park. As a result, all ten crewmen were lost.

The B-17 Flying Fortress was returning from a mission over Denmark. Damaged by defending Messerschmitt fighter planes, the US Air Force bomber wouldn’t make it back home.

Pilot John Kreigshauser fought with the controls for some time before apparently realising the damage was too great to continue. The plane crashed into trees in Endcliffe Park. Witnesses described the bomber “spiralling out of the sky”.

Local legend states Lt. Kreigshauser managed to avoid children playing in the park. The pilot received a posthumous US Distinguished Flying Cross award for his courage.

A memorial flypast was arranged for the 75th anniversary of the disaster following a high-profile campaign by BBC Breakfast presenter Dan Walker.

In January 2019, Walker had encountered pensioner Tony Foulds tidying an existing memorial to the Mi Amigo crash whilst out on a walk. Foulds told the journalist of the history of the event.

The pensioner stated he was one of the children in the park at the time of the crash. He claims to have tended to the memorial ever since (Note: this account is disputed).

Moved by the story, Dan Walker invited Foulds onto BBC Breakfast to recall the events.

When asked on the programme about his wishes for the memorial, Foulds stated he would like to see a commemorative flypast for the upcoming 75th anniversary.

Immediately, a campaign was started to see the wish fulfilled.

Thousands of people gathered in Endcliffe Park on the morning of 22nd February 2019 to watch the Mi Amigo flypast.

BBC Breakfast broadcast the flypast live. Among the invited guests were relatives of the lost airmen including Jim Kriegshauser from St. Louis, Missouri – the nephew of the pilot.

Aircraft taking part in the flypast were, in order:

The F-15E Strike Eagles flew in Missing Man formation. They travelled on to perform a second flypast at the American Cemetery and Memorial in Cambridge, where three of the crew are buried.

Endcliffe Park features a section of permanent memorials to the Mi Amigo disaster.

Ten Scarlet Oak trees were planted on 30 November 1969 to honour the lost airmen. At the same event, two plaques were placed on a large boulder in the area where the plane crashed.

ERECTED BY
SHEFFIELD R.A.F. ASSOCIATION
IN MEMORY OF
THE TEN CREW OF U.S.A.A.F. BOMBER
WHICH CRASHED IN THIS PARK
22-2-1944
PER ARDUA AD ASTRA

(Per ardua ad astra is a Latin phrase meaning “through adversity to the stars”, motto of the Royal Air Force).

Listed on the second plaque are the names of the ten crewmen.

Sheffield City Council placed an information board at the site for the anniversary in 2019, featuring an interpretation of Mi Amigo painted by local artist Paul Rowland.

Additionally, local schoolchildren crowdfunded the erection of a flagpole.

The Sheffield branch of the Royal Air Forces Association arrange a memorial at the site annually.

The ten crew lost in the Mi Amigo disaster are: