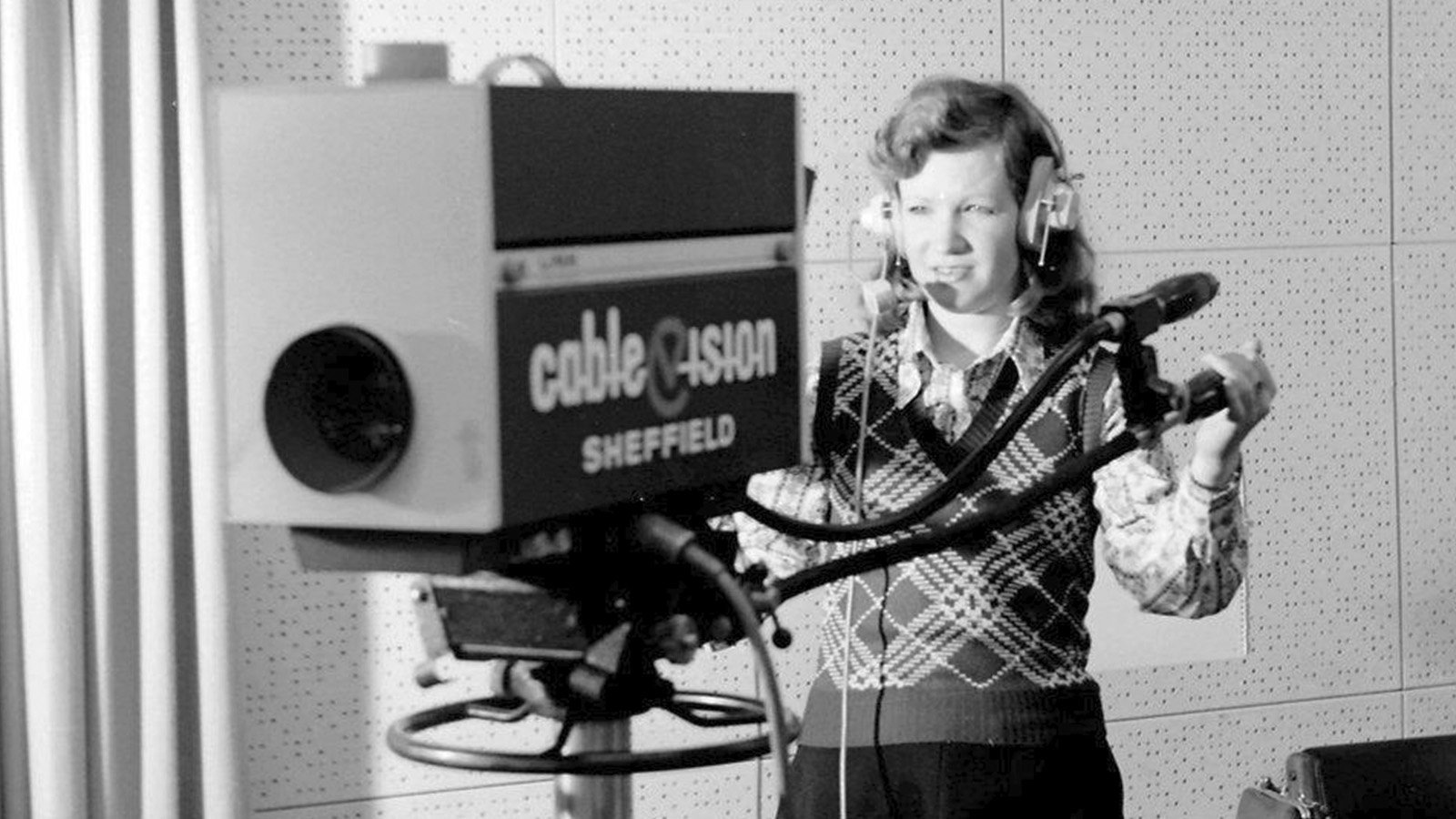 The city now has its own local TV station in Sheffield Live! TV. But did you know the Steel City had its own Sheffield Cablevision TV channel way back in the 1970s?

The channel was launched as part of an experiment for expanding an hyper-local community TV concept across the country.

The Minister for Post and Telecommunications had licensed five local stations for the trial. Other locations included in the trial were Bristol, Greenwich, Swindon and Wellingborough.

A project led by British Relay, Sheffield Cablevision offered a small slate of original programming to around 30,000 homes across the city.

With just a tiny core staff of six, the station relied on volunteers to produce and star in the shows. Duties ranging from presenting to operating cameras.

Outside broadcasts across Sheffield

The fledgling channel even had a van that offered on-the-scene outside broadcasting. Popular uses included children’s Saturday morning TV from within the ABC cinema on Angel Street, or theatre shows from The Crucible or the City Hall.

‘Scene in Sheffield’ was a nightly news show, not unlike today’s Calendar on ITV (or Look North on BBC). The station broadcast regular news bulletins through the rest of the day.

At certain times a placeholder logo would be shown whilst Radio Hallam played in the background.

Football journalist Alan Biggs even had a slot hosting a sports show on a Saturday evening. Likewise, Biggs currently presents a similar show on the current iteration of Sheffield Live TV.

The local channel had decent viewing figures with more than two thirds of serviced homes tuning in regularly. But it is said that a mixture of high costs and politics led to the station closing after three and a half years on 2 January 1977.

Never fear though, Sheffield Live! TV is now on air to help fill the gap:

Find more memories of Sheffield Cablevision at the facebook page.