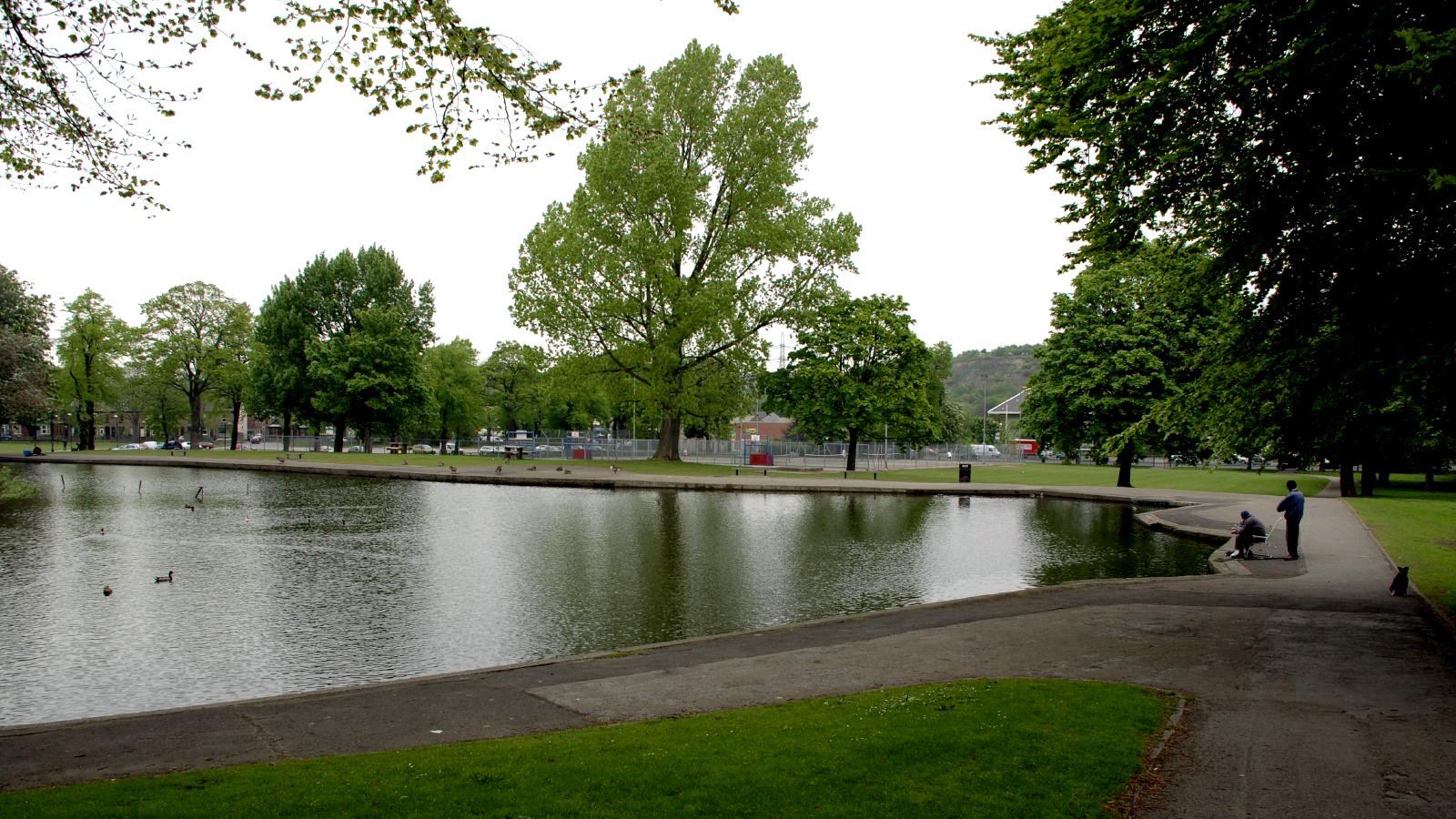 Hillsborough Park, looking over the fishing lake and tennis courts towards the A61. Photo: Philippa Willitts/Flickr (CC-BY)

The current-day Hillsborough Library sits proudly within parkland in the north-Sheffield suburb. But the Grade II listed mansion-like building seems a little grandiose for a humble library.

Originally set in countryside well outside the Sheffield boundary, Hillsborough House was built in 1779 as the home of landowners Thomas and Meliscent Steade.

The stone-built mansion was built in Adamesque style for the couple, who previously lived in the nearby Burrowlee House.

The house was named after Wills Hill — The Earl of Hillsborough — who was a prominent politician and a patron of the Steades. Consequently the district inherited the Hillsborough name, overtaking parts of nearby Owlerton.

Hillsborough House owners through the years

The mansion remained a residential dwelling for 124 years.

Rodgers subsequently renamed the house to Hillsborough Hall as he thought it better reflected his status and the building’s significance.

Following J.W. Dixon’s death in 1890 the hall and its land was sectioned off and auctioned.

Sheffield Corporation (Sheffield City Council) bought a huge chunk of the estate to accommodate the city’s expansion north to Hillsborough in 1897. Purchase of the hall followed in 1903.

There were initial suggestions of converting Hillsborough Hall into an art gallery or museum. It was eventually opened to the public as a library in 1906. The surrounding land purchased by the council became Hillsborough Park.

Likewise, Sheffield Wednesday Football Club bought a second parcel of land at auction. The plot across the river Don from the Hillsborough Park became Hillsborough Stadium, which remains the club’s home today.

Other parcels of land auctioned became sections of the Hillsborough district we see today. Consequently, Hillsborough Trinity Methodist Church was built within one of the sold-off sections. Its surrounding roads are named Dixon, Lennox, Shepperson, Willis and Wynyard as nods to the Dixon family and their connections.

The park consists of 20 hectares of land and is surrounded by the A61 Penistone Road, Middlewood Road and Parkside Road.

A bowling green with pavillion sits beside Middlewood Road. Opposite is a fantastic community Walled Garden, which features a small replica of Anfield’s famous “You’ll Never Walk Alone” gates at the entrance — a memorial to victims of the 1989 Hillsborough Disaster.

Plans to build a dementia-friendly cafe in the run-down Old Coach House besides Hillsborough Library were recently approved. As a result, National Lottery Heritage Funding has been granted to charity Age UK Sheffield to restore and convert the old buildings.

The large park has become a popular venue for events.

Sheffield’s award-winning Tramlines Festival moved to Hillsborough Park from the city centre in 2018. The move allowed the festival to expand to a capacity of around 30,000, subsequently attracting bigger acts to the stages.

Additionally, an annual ‘Owls in the Park’ event takes place in the park each year. The occasion acts as an ‘open day’ for the adjacent Sheffield Wednesday Football Club, attracting around 20,000 supporters. Consequently, players and staff meet their fans at the event, which often acts as a launch day for the new season’s upcoming kits.

Getting to Hillsborough Park

Hillsborough is a suburb in the North of Sheffield. The park is central to the district.

If travelling by car, Hillsborough Park resides next to the A61 (Penistone Road). Follow signs to Sheffield Wednesday’s Hillsborough Stadium, which is beside the park. A large car park is situated just off Parkside Road.

The park is well served by public transport, with its own “Hillsborough Park” tram stop on the Yellow route to Middlewood. Alternatively, the “Leppings Lane” stop sits near to the northernmost entrance to the park.

Many bus routes pass by Hillsborough Park, the most frequent being the 20 (stops on Middlewood Road) and 53 (stops on Penistone Road).