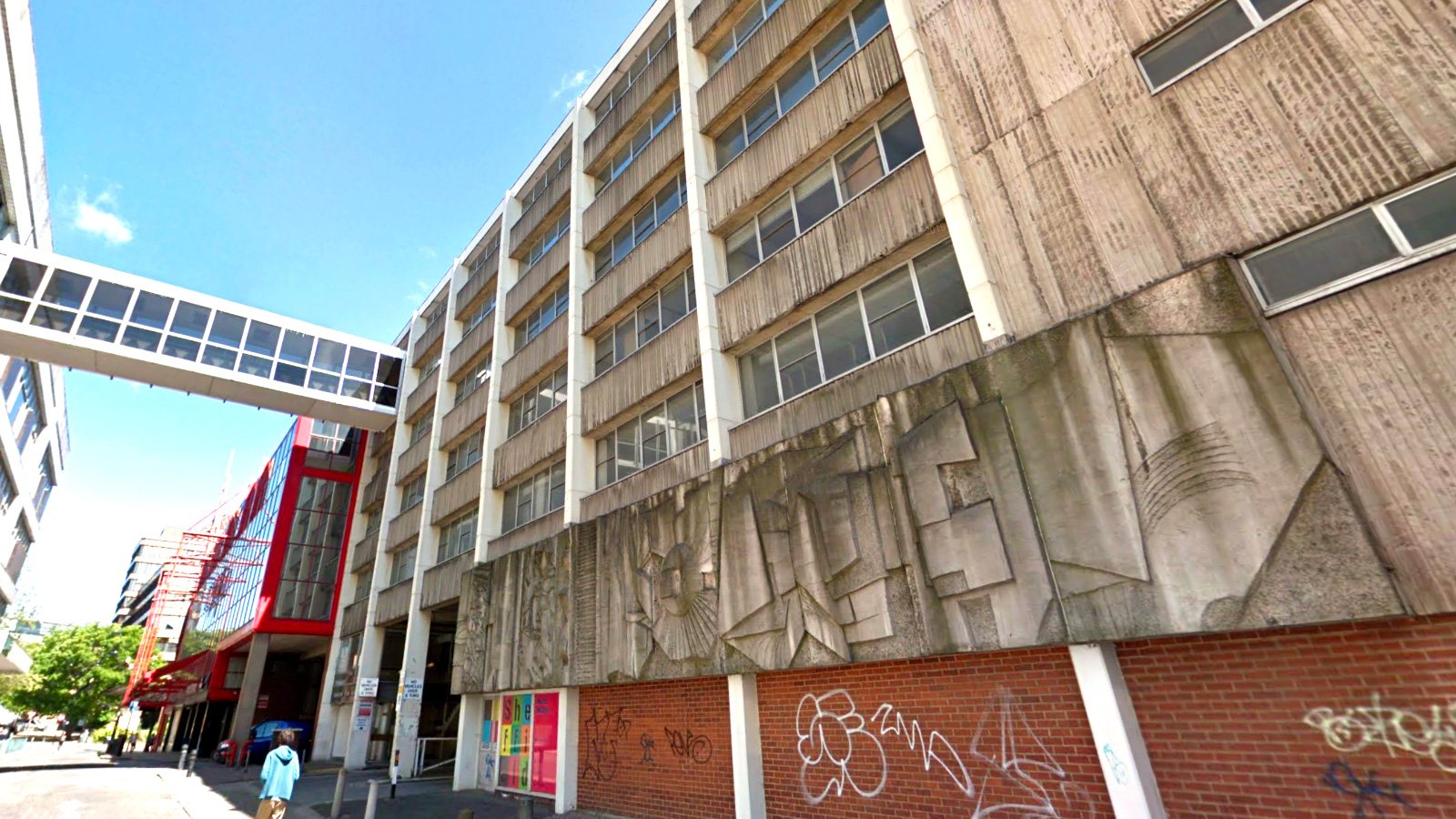 A huge concrete mural is to be meticulously removed and preserved, it has been confirmed. The giant frieze by artist William Mitchell is a part of Barkers Pool House, which is due to be demolished.

The William Mitchell Frieze is a large abstract relief adorning a section of Barkers Pool House on Burgess Street in Sheffield. Made of Faircrete — a mouldable mix of concrete and fibreglass — the mural was created in the early seventies.

Ten cast panels connect together to make up the full untitled work. The pieces were positioned on the office-and-supermarket building between January and May 1972.

With deep relief and angular accents, the sculpture is typical of modernist and brutalist styles of the twentieth century.

The fate of the William Mitchell frieze had been up in the air recently. Barkers Pool House is due for demolition as part of the Heart of the City II project to transform parts of Sheffield City Centre. A new Radisson Blu hotel is expected to be built on the site.

Twitter user Tom Hunt (@tomhunt100) had been calling for the council to save the artwork. He asked people to contact the council to make their voices heard about saving the frieze.

@tomhunt100 thank you for promoting the consultation. The William Mitchell frieze will be part of the new development.— Mazher Iqbal (@iqbal_mazher) June 29, 2020

Before the campaign even gained much traction, Councillor Mazher Iqbal quickly confirmed the piece would be saved in a tweet reply.

The council were quick to act on saving the concrete sculpture.

A statement reads: “Specialist contractors have been appointed to safely remove the frieze. The removal works are taking place now while the city centre is quieter than usual, which will minimise disruption in the surrounding area.”

“We know that the William Mitchell frieze is a much-loved piece of artwork that reflects the quirky, creative character of our city; and that’s why we’re ensuring that it is carefully removed and stored safely before work begins on the site.”Councillor Mazher Iqbal, Cabinet Member for Business and Investment

Additionally, a 3D-scan of the frieze has recently been captured. Consequently, a record has been made of the artwork in situ.

The future of the William Mitchell frieze

Whilst a permanent placement hasn’t yet been set for the mural, Sheffield City Council are keen to place it within the upcoming Heart of the City II development.

“We are working to identify the right location to showcase the piece going forward. Whilst we are keen that it remains on its original site as part of the new building, and this is our preference, we will also consider relocating it to another prominent location within the Heart of the City II scheme if this isn’t possible.”Councillor Mazher Iqbal, Cabinet Member for Business and Investment

A public consultation is underway for this phase of the Heart of the City II scheme.

Meanwhile, you can view another William Mitchell piece in Sheffield. The artist also made an abstract mural which adorns the Tapton Hall extension in Crosspool.

William George Michell was a sculptor and designer from London. He rose to prominence in the 1950s and his reputation grew throughout the 60s and 70s.

Many of his works appear on public buildings, schools and civic centres. Initially Mitchell worked in wood, glass and resins. His experimentations with Faircrete — a concrete product that can be carved whilst wet — helped him become popular for decorating large building projects.

Mitchell was a key artistic design advisor for Mohammed Al Fayed. Subsequently he was responsible for decorations of the Egyptian Hall and escalators at Harrods. Additionally, Mitchell designed the statue of Princess Diana and Dodi Fayed (titled “Innocent Victims”) which was placed in the famous London department store.