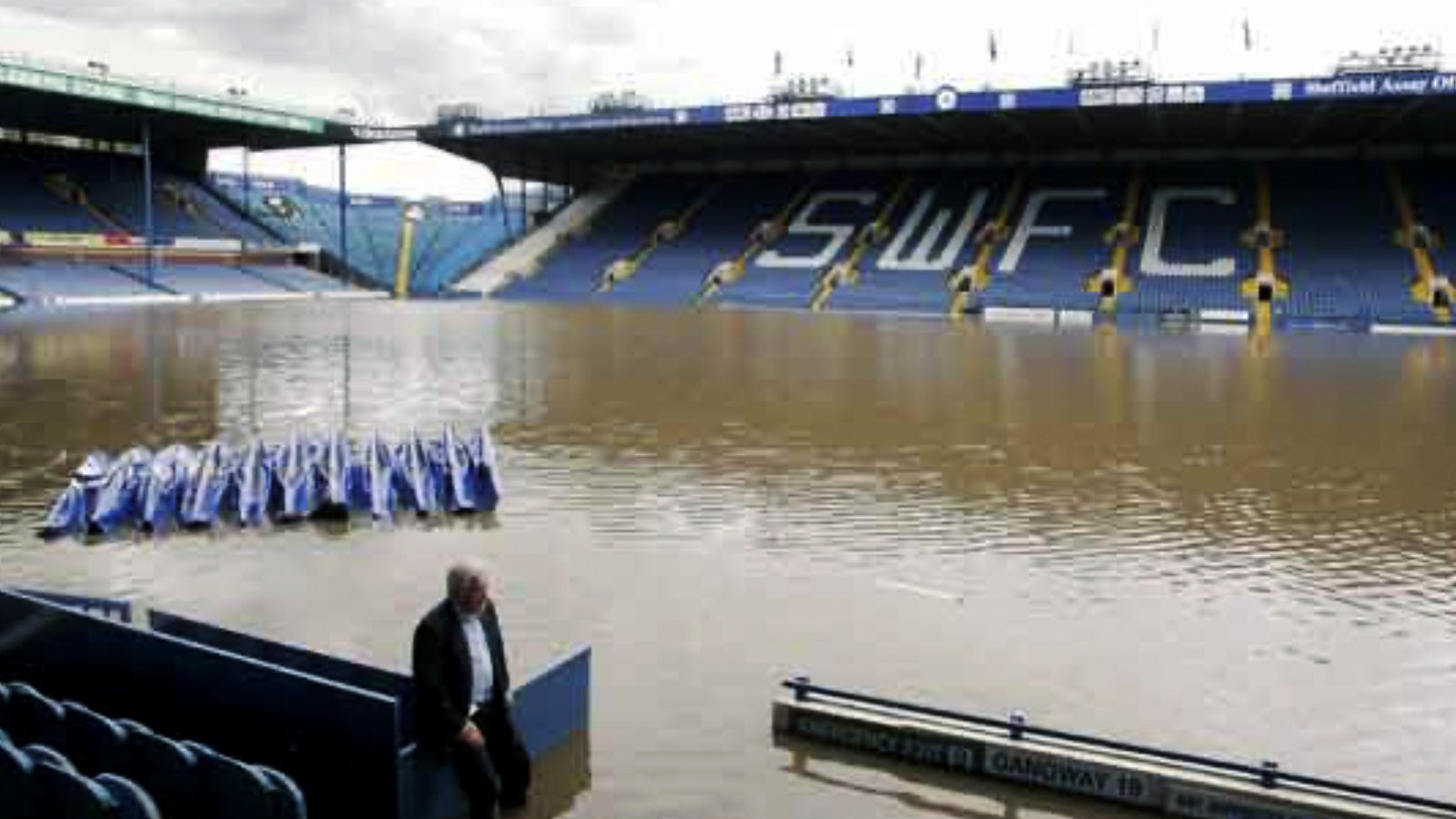 Floods savaged many parts of Britain in June 2007. Incredible footage shows how the area around Sheffield Wednesday’s Hillsborough stadium was affected.

The River Don burst its banks during the infamous 2007 Sheffield floods. Sheffield Wednesday’s Hillsborough Stadium pitch was heavily submerged as a result.

Significant rainfall meant water levels in the adjacent river were up to 15 feet higher than normal. Water streamed into the stadium before running back out and flooding Penistone Road North.

Our exclusive footage taken on 25 June 2007 shows the extent of the floods around the football club.

Scenes show Penistone Road North under several feet of water, right beside the famous Sheffield Wednesday Kop. The River Don running by Hillsborough Stadium is captured as a violent torrent.

Several moments document bridges by the club’s gates almost entirely filled to the brim by the bubbling river.

Motorists ended up evacuating their cars. Pedestrians navigating around the stadium were forced to either wade through deep, fast flowing water or abandon their journeys altogether.

Many facilities were affected by the Hillsborough Stadium Flood. Areas including changing rooms, offices and the Owls Megastore were affected. Consequent repairs cost the club millions of pounds.

A marker indicating the level the floods reached can today be found beneath Sheffield Wednesday’s South Stand.

Watch the video via The Sheffield Guide Facebook Page.