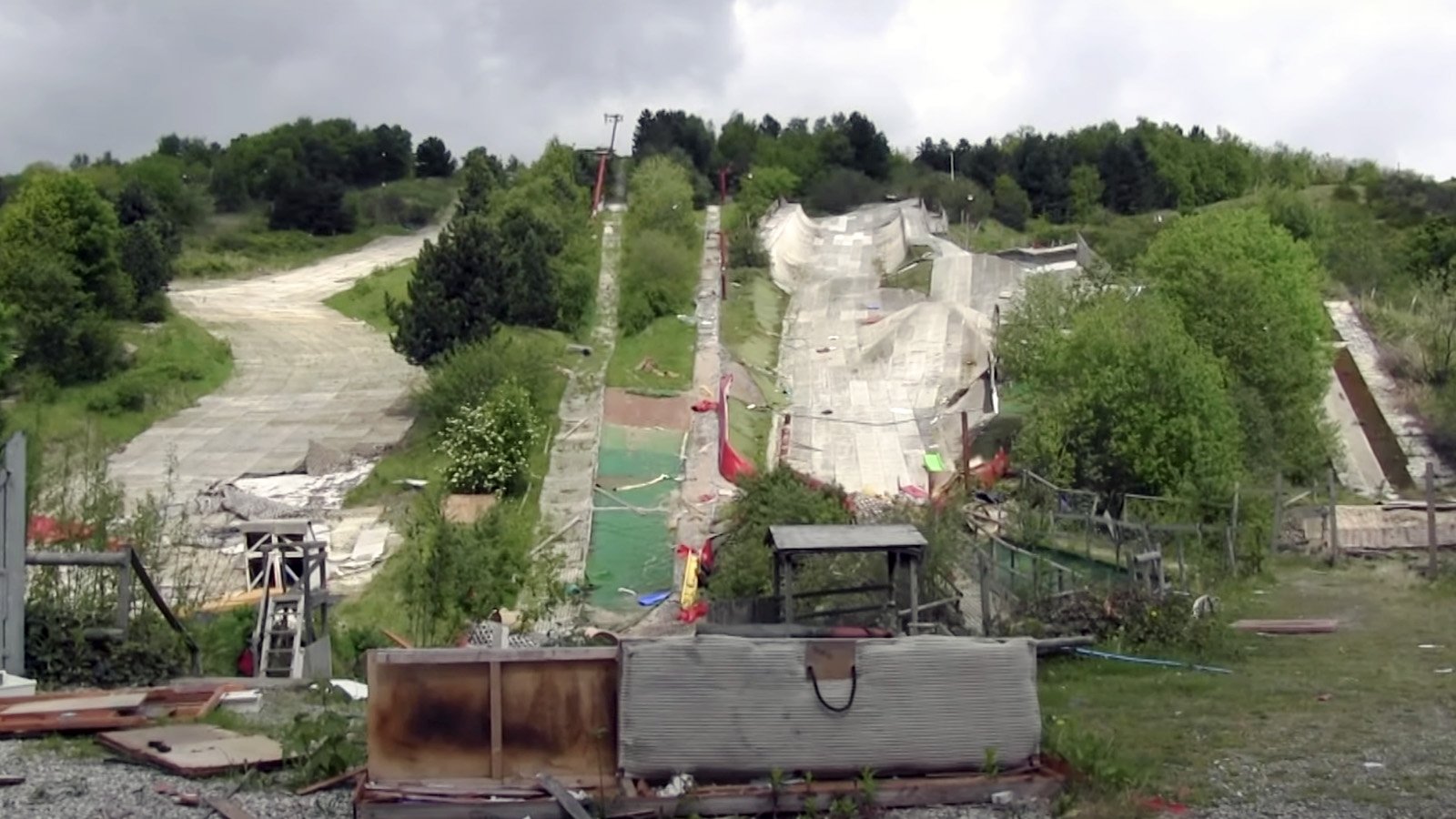 It was the turn of the century. A dad saw white streaks on a distant hillside whilst working on a Sheffield tower block.

Curious, he took his 6-year old daughter along to what he discovered to be Sheffield Ski Village at Parkwood Springs. The young Katie Summerhayes enjoyed the slopes so much she began visiting the attraction every weekend.

She grew up to be an important part of Team GB’s freestyle Skiing team at the Winter Olympics.

Indeed, many of the UK’s stars of winter sports trained on the humble hillside venue in their formative years. Arguably, they wouldn’t have become interested or successful without the help of the seemingly out-of-place dry slopes.

But the Sheffield Ski Village no longer stands proud looking over one of the city’s many valleys. The leisure facility — once the largest artificial ski slope in Europe — has become a haven for fly tipping and vandalism.

The Ski Village opened in 1988 to much fanfare and quickly became popular.

Over the years a number of other attractions were added including a bar, quad biking, laser tag and ten-pin bowling.

At one point there were plans to build an £80million theme park by the Ski Village, and an ambitious proposition to connect the site with the city centre by cable car.

There were even plans for professional mountain biker Steve Peat to design a downhill biking track on the site.

However, such ideas quickly fizzled out and the site never reached its full potential.

Looking like something from an apocalypse movie, the area stands lifeless today.

Although it was just a short distance from the city centre, Sheffield Ski Village was located in a fairly remote, largely declining industrial, area.

The venue finally fully closed in 2012 after repeated vandalism.

Arson attacks became so frequent that it became a local meme. Smoke could often be seen pluming from the Parkwood Springs hillside. The Ski Village even birthed its own parody website: istheskivillageonfire.com.

Owner Kevin Pullan made the decision to pull the plug. He told The Star: “We have been inundated with vandalism and thefts since the first fire.

“When the village was up and running and we were on site 24/7 we could contain things, but when our insurance ran out we have not been able to get re-insured.”

Pullan added: “there is no way we can keep the site secure because people seem to think they can walk on and help themselves to whatever they want.

“It is proving impossible to get re-insured.”

Soon after closure, owners announced plans to build up to 70 houses on the 16.5 acre site.

The proposal was upsetting to the memories of those involved in ski-sports. Pat Sharples, head of Team GBs Freeski team, told the Daily Mail: “Sheffield Ski Village had to be one of the UK’s standout slopes for me. It was the first place that really invested in a full freestyle arena and the first dry slope in the UK to have a half pipe.

“To succeed in alpine skiing, you have to have a lot of money behind you. But with freestyle skiing, no way. From a hillside in Sheffield came the extreme skiing of the Chamonix Valley.”

Sheffield City Council said the housing plans were “unsuitable” for the area and “conflicted with their Core Strategy policy”.

Sheffield City Council eventually reclaimed the lease for the site after years of neglect. A new masterplan was subsequently drafted for the area.

Current plans have seen the council join forces with sports company EXTREME as lead developer for the site. Redevelopment of the site will bring it back into use as an Extreme Destination.

Preparing for the project, Sheffield City Council evicted a number of travellers that had taken up residence nearby in 2019.

Work is due to start on EXTREME Destinations Sheffield in late 2020/early 2021.

For now Sheffield Ski Village stands empty and derelict. Once proud slopes are overgrown with weeds and brambles. Burnt-out shells or even complete ruins stand where former buildings were located.

It does have a legacy, however. A generation of Olympic skiers will vouch for that. Hopefully, future generations will soon benefit at a new extreme sports venue on the site.

What are your memories of Sheffield Ski Village? Have your say in the comments!