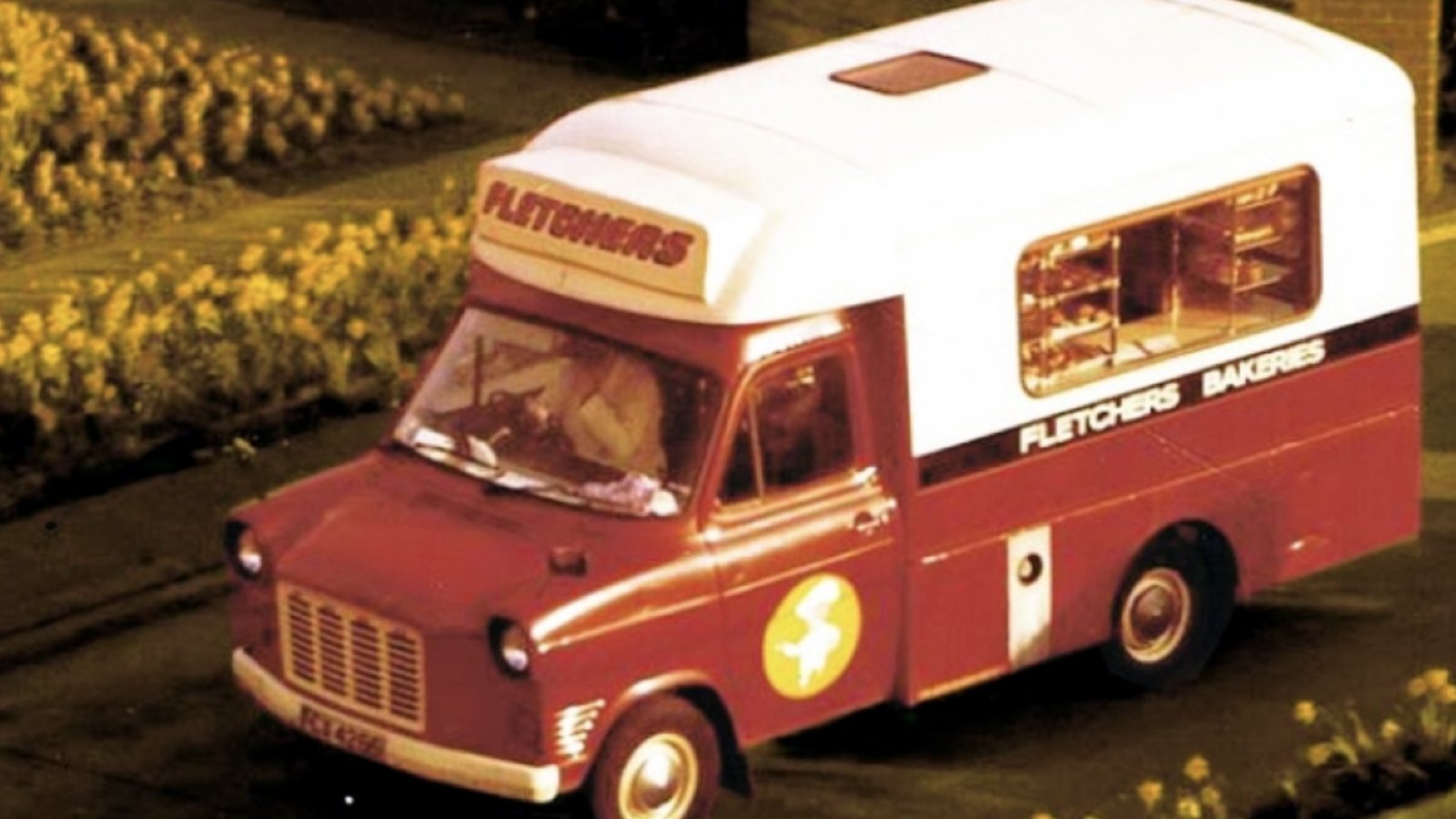 Competitive supermarkets and online shopping have all but killed off the humble local shop nowadays. But in the days of personal service and localised retail there was another set of unique outlets fondly remembered in Sheffield; The Fletchers Bakery Van!

A huge fleet of the burgundy and tan Bedford vans could be seen on streets up and down Sheffield. The travelling shops originally carried stock from the city’s Fletchers bakery.

Founder George Fletcher was a prominent member of the Communist Party of Great Britain. It is said the burgundy and tan colouring of the vans was chosen to represent those communist links.

Such a common feature in the city, kids popularised a rhyme to sing when the vans appeared on their road; “Fletchers bread, tastes like lead! When you eat it you drop dead!”

Regular listeners of Radio Hallam will have another jingle ingrained in the head, though — “Better fetch a Fletcher loaf!”

In later years the stock of these portable shops expanded somewhat. As well as the bread and buns you cold buy plenty of basics legitimately off the back of the lorry. Milk, eggs, potatoes, sweets, even pet food and more were available.

But all that pales into insignificance at what will for most be the best memory of Fletchers Vans: Elephant’s Feet.

Forget your apple turnovers, custards and vanilla slices, the elephant’s foot was THE bun of kings. Vague memories of giant pastries the size of your head and filled with cream still frequent Sheffield history forum threads. If you never had this treat, you haven’t lived.

Fletchers Bakery disbanded the fleet in the early 90s. However, drivers were given the option of buying out the vans and continuing to trade for themselves. Not many (if any?) remain today.

The bakery itself was a landmark in Sheffield at its Claywheels Lane base. A huge digital display showed the time and temperature to passers-by on nearby Halifax Road/Penistone Road North.

Unfortunately a large portion of the site was destroyed by fire on Sunday 16 July 2006 (bonus fact: also destroyed in the fire was a mural by disgraced TV personality Rolf Harris, which was originally hung at Sheaf Valley baths).

A giant Sainsburys supermarket now occupies the section affected by the fire.

The rest of the bakery remains behind the supermarket on Claywheels Lane. Production is now largely automated, baking bread products and American style muffins.

Bonus fact: The burgundy and tan colour of the vans was inspired by bakery founder George Fletcher’s communist leanings.

Remember also the Alpine pop man, or Barrs delivery vans? You got bottles of pop delivered to your door in a plethora of flavours (American Cream Soda, anyone?).

Even better; return the glass bottles to get 5p back for each one (later increasing to as much as 30p)! I wonder how many Sheffield kids’ pocket money was based on saving the bottles for the pop man?