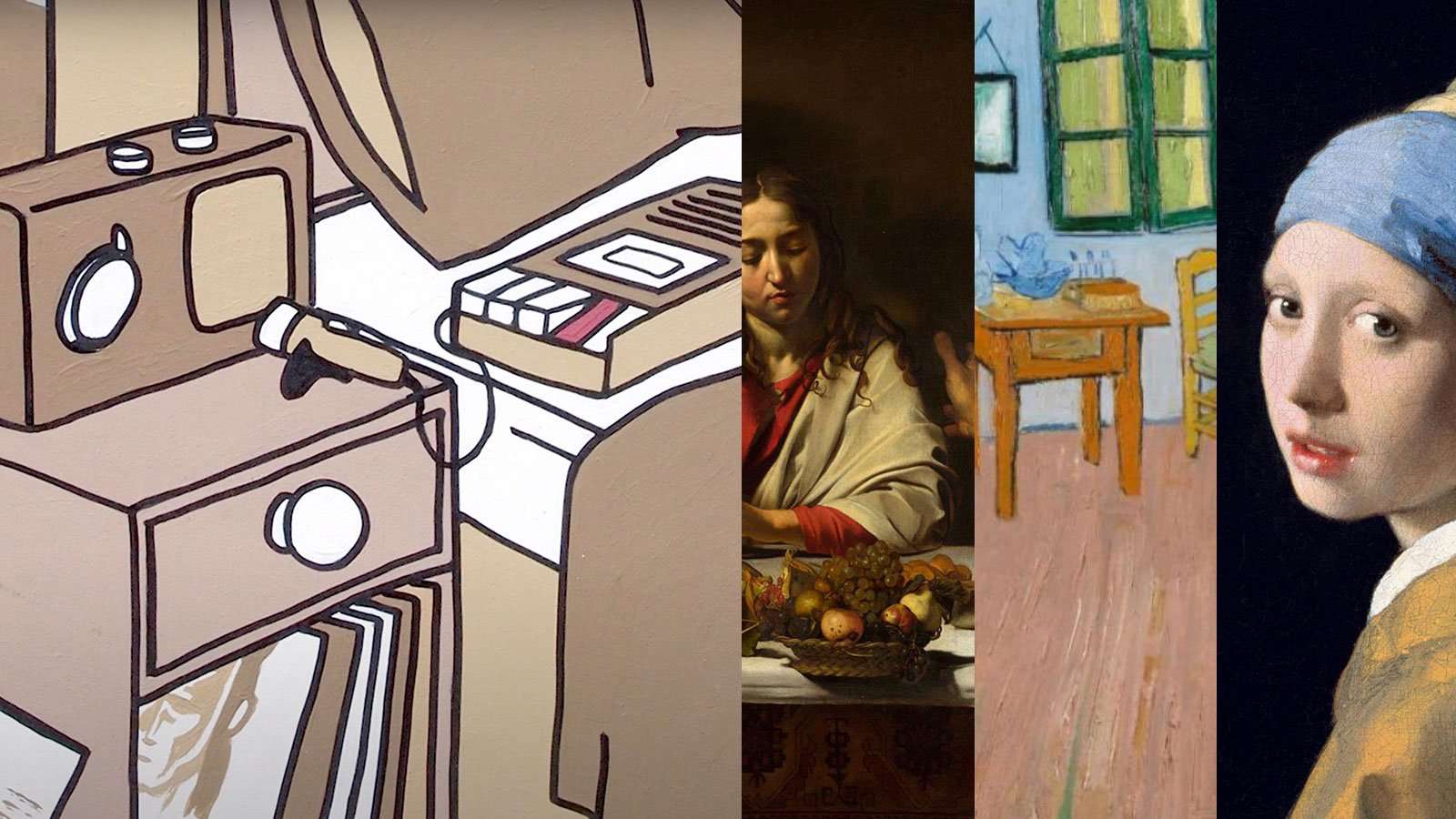 A new YouTube series has launched in which Sheffield artist Pete McKee’s inspirations are explored.

Entitled ‘Pete McKee’s Art History‘, the interesting videos focus on popular Pete McKee works and takes an in-depth look at the background of them — including the influences that led to the setting and style.

Each episode looks at a specific Pete McKee piece, starting with “How we listened to John Peel” in episode one.

Pete McKee’s Art History — Episode One: “How We Listened To John Peel“

Narrated by the McKee curator, the first episode takes a look at the artist’s ‘How we listened to John Peel‘ artwork and provides detail on the style and background.

In the video we learn that Pete McKee was influenced by Vincent Van Gogh and for this piece in particular ‘The Bedroom in Arles‘.

Throughout the episode we’re brought into Pete’s world and get an insight into some of the details contained within the painting, from the posters on the walls, to the album covers depicted, to the colours used.

Fans of both Pete McKee and art in general will love the fascinating glimpse into the artist’s work and influences.

New episodes of Pete McKee’s Art History are released on Tuesday each week and will look at different works and influences.

See more at the Pete McKee YouTube channel. The channel also features some previous fun ‘Cartoon Workshop’ videos created by the artist during lockdown, which are worth a watch.