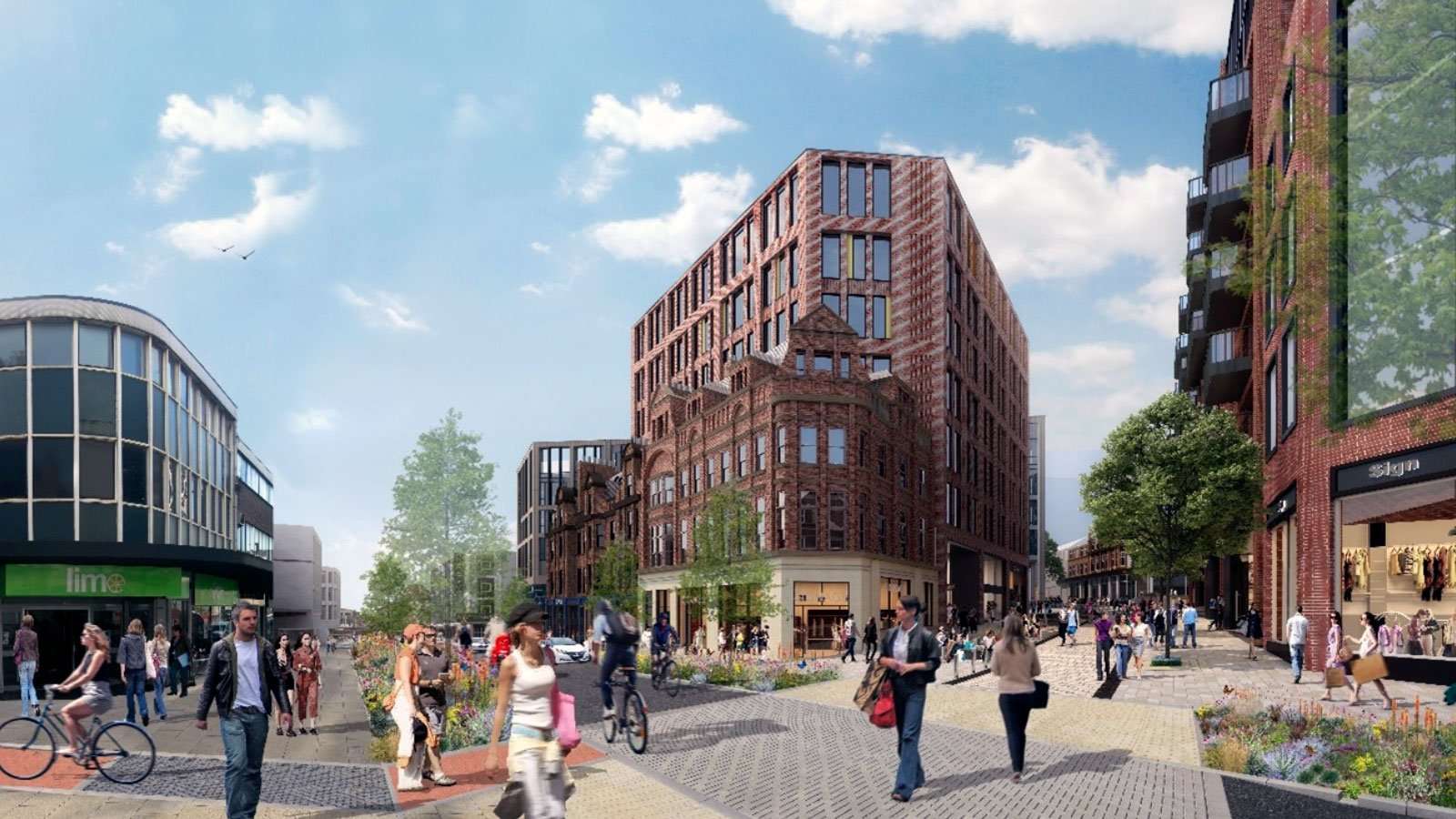 Proposals have today been revealed for new transport and travel infrastructure in Sheffield — including the pedestrianisation of Pinstone Street.

Public transport, cycling and walking infrastructure is set for a huge overhaul in Sheffield City Centre.

The proposals would see the pedestrianisation of several roads alongside new walking, cycling and bus routes.

A key aim of the plans is to make cycling and walking around the City Centre easier, whilst making bus journeys quicker and more direct.

“We are excited to start the conversation on the city centre improvements. We need to start planning for the future of travel, and to do this, changes need to be made.”Cllr Bob Johnson, Cabinet Member for Transport and Sustainability

Pedestrianisation of Pinstone Street at centre of new travel proposals

Central to the Council’s proposals is a plan to permanently close Pinstone Street and other roads to vehicles. Key changes across the City Centre include:

Pedestrianisation of Pinstone Street and Leopold Street, “linking with the Peace Gardens and creating more space for people and events. Access to Cross Burgess Street retained though one-way road access, including to John Lewis car park.”

Bus gates in both directions on Furnival Gate, and along Arundel Gate to Norfolk Street “to help ease congestion and allow buses priority into the centre.”

Pedestrianisation of Surrey Street “with access maintained to Norfolk Street and Tudor Square. This will help create a new traffic-free Town Hall Square”

Pedestrianisation of Charles Street between Union Street and Pinstone Street, “with access maintained to Q car park. This area will be transformed into a public space where seating and planting will provide a useable, inviting public area for all to enjoy.”

“We have already seen some of the benefits of the proposed changes through emergency active travel measures earlier in the year, which include the closure of Pinstone Street so a lot of people have already had some experience of how the scheme could work. I’d like to encourage everyone to feedback their views as part of this consultation.”Cllr Bob Johnson, Cabinet Member for Transport and Sustainability

Alongside the major changes, plans would also see the expansion of the successful Grey to Green scheme into the City Centre.

The ‘street scene’ will be improved with new planting and greenery, replicating similar projects running through West Bar and Castlegate currently.

Funding for project will be provided through the Government’s Transport for Cities Fund.

The funding is earmarked for schemes that improve walking, cycling and public transport infrastructure.

Consultation is due to take place from now until early January 2021.

“We recognise that whilst there are a lot of positives to what we are proposing, there may also be some concerns. We keen to hear from as many people as possible, so please let us know what you think and ask any questions you have.”Cllr Bob Johnson, Cabinet Member for Transport and Sustainability

Feedback on the proposals is being encouraged through the Connecting Sheffield website. The projects must be implemented by March 2023 to meet Government deadlines.