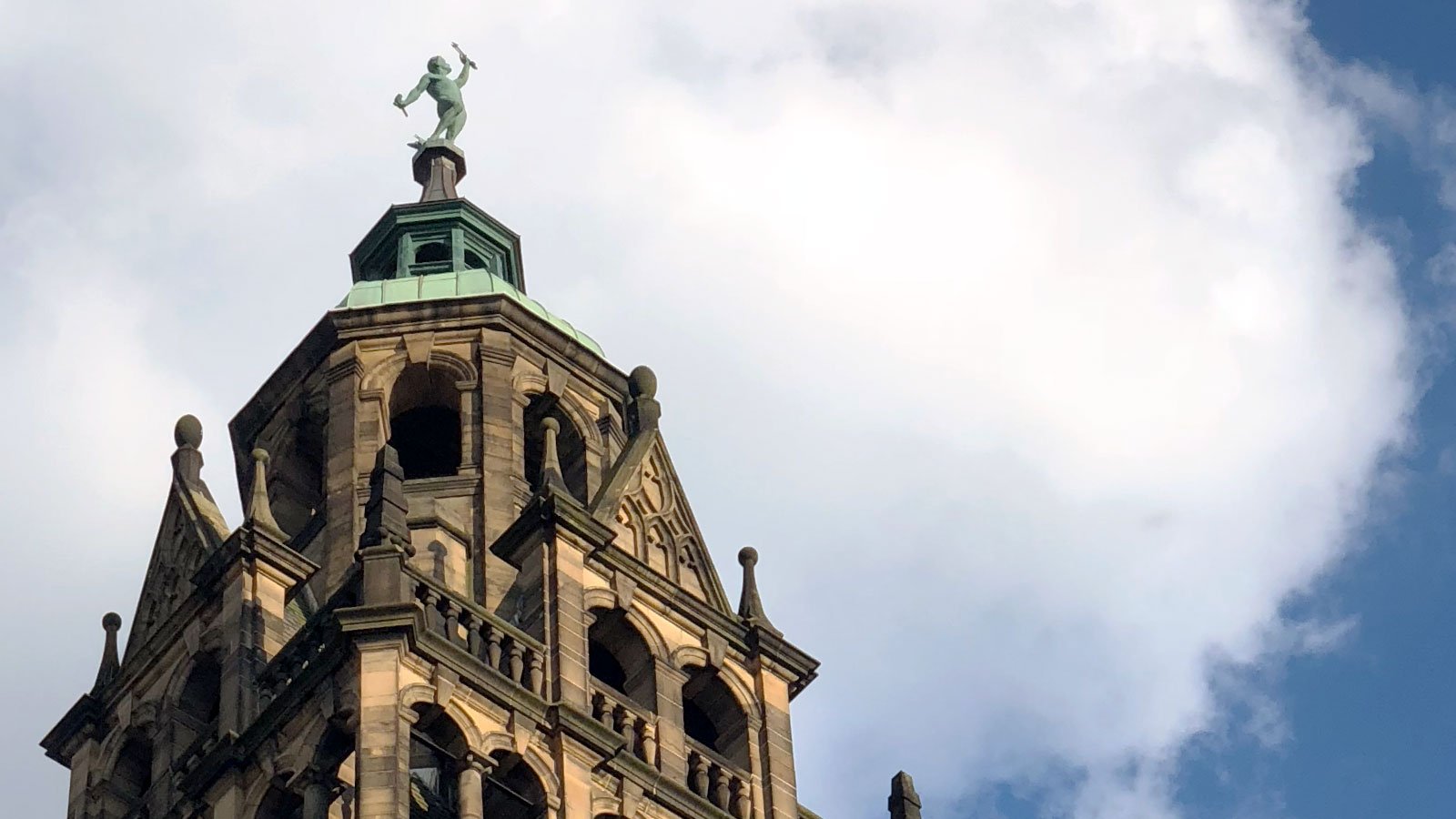 Sheffield City Council recently announced the upcoming formation of “Local Area Committees”. But are they all they seem..?

The new committees would come into effect after local elections in May and are said to be a “key platform for citizens to influence and shape decisions over the most important issues for their area”.

However, some critics are concerned the idea has been thrown together as cynical obfuscation of an important local referendum aimed at changing the overall governance structure of the Council.

How the Council is currently run

Currently only ten out of 84 Councillors are in a position to make decisions affecting all of us.

This is because the current form of governance used in Sheffield City Council is the “Strong Leader” model. Councillors from the majority party elect a “Leader” who then selects nine other Councillors to form their “Cabinet”.

This leaves 74 Councillors — including a large amount of the majority party — unable to have a real say in decisions affecting their constituents. Critics point out that this model seemingly excludes the vast majority of wards across the city from representation and important decisions.

How Local Area Committees would work

Those Committees would be given a small budget to help rebuild their communities post-pandemic along with dedicated Street Wardens, a dedicated Housing Officer and more.

“The proposal sets out to provide each Committee with £100k towards re-building their local area post-pandemic, with an additional £100k proposed to tackle flytipping and graffiti specifically.

Alongside the investment of funds, each LAC will have dedicated Street Wardens and officers working on matters such as local parks, tackling parking problems, community safety, youth services, delivering cleaner and greener streets, housing and more. There will also be a dedicated Housing Officer who will provide reports and details, including housing repairs, to the Committee and the work of the housing service will be held to account, allowing for greater local accountability.”Sheffield City Council “Local Area Committees get the go ahead” statement

The scope of the Local Area Committees seems largely consultative rather than decision-making (at least initially). Seemingly, these committees will only have powers that the “Leader” chooses to delegate to them, under the current governance model.

Committees are indeed a good thing, when done properly. In fact, there is a large ongoing campaign for a switch to a modern committee system in Sheffield, which has led to an upcoming referendum on the subject.

The Council’s current proposals seemingly stop short of having a real, meaningful impact on the governance of the city as a whole and empowering the Committees fully.

Sheffielders may remember local “Area Panels” and “Community Assemblies” in previous decades, which operated on a similar principle to the Council’s current proposals. Those panels ultimately failed because they didn’t go far enough in scope and were undermined by the central “Strong Leader” model.

There is a danger here of repeating those same failures, which would just lead back to the status quo of the current standard of governance.

Council documents suggest the only way to ensure Committees operate autonomously without the need to have powers ‘delegated’ to them by the “Leader” is through a referendum mandate to formally change to the “Modern Committee System”.

What is the alternative?

Campaigners from the likes of It’s Our City collected over 26,000 signatures in a petition to force a referendum on changing the governance model of Sheffield City Council.

They are proposing a change to a full “Modern Committee System”, giving all councillors the power to influence and make decisions on behalf of their local area and constituents. Campaigners believe the modern committee system to be far more democratic and representative.

“In a Modern Committee system there is no cabinet – the formal power and authority lies with full council. Decisions about each policy area (e.g. Transport & Development) are made by a small group of 12-14 councillors from all parties (in proportion to the number of councillors in each party). These committees also get input from citizens and communities and the other councillors. Decisions are made with input from a wider range of people, better representing the city as a whole, and hopefully leading to better decisions that have more legitimacy.”It’s Our City Campaign FAQs

The current “Strong Leader” model, introduced by Tony Blair’s Labour Government in the early 2000s, is thought to be increasingly outdated.

In the past few years over 30 former “Strong Leader” Councils across the country have changed to the “Modern Committee System”. Up to a dozen more are currently in the process of either moving to the same or going through similar petitioning processes to force a referendum.

Committee Systems are utilised by many large and successful cities around the world.

So what is going on with these Local Area Committees then?

Recently Sheffield City Council held the “Big City Conversation” — a consultation asking residents to comment on the state of the city and how it is being run.

Councillors acknowledge that residents didn’t feel represented and even admit a move to committee systems is necessary.

“Through the Big City Conversation before the pandemic, together with the work undertaken by the Overview and Scrutiny Management Committee on Sheffield City Council’s governance in 2019/20, citizens told us that they want more control and influence over the decisions and issues that really matter to their local area.”“Empowering Communities” Executive Report to Full Council

However, some of the highest level councillors in the majority seem to want to hold on to a “Strong Leader” model following the upcoming referendum.

Therefore this new “Local Area Committee” system, was formulated to run alongside current governance methods, leading some city residents to label them “Diet Committees” or even a “smokescreen” to divert votes away from formal change in the referendum.

Wouldn’t it be the best of both worlds?

Many say that without changing the central model of governance the Local Area Committees are hampered from the start. Remember, all major decisions would either need to be delegated or still be carried out by a central leadership.

Like the “Area Panels” and “Community Assemblies” of old, some believe they will fizzle out and without a proper mandate for full change we may eventually just revert to the controversial “Strong Leader” model.

You have to ask yourself; if through the Big City Conversation consultation the need to introduce more representation and committees in Sheffield was identified, why not just voluntarily adopt the proposed full “Modern Committee System” rather than a halfway-there solution?

“Through the Big City Conversation, we heard views of people from every corner of the city and this valuable feedback has played a vital role in our desire to set up these committees. It’s essential that we work in partnership with our local communities to ensure that we deliver services that best meet the needs of residents, which are unique to each part of Sheffield.”Councillor Terry Fox, Deputy Leader of Sheffield City Council

Councillors and Cabinet members clearly see the benefit of committees, so why are they fighting the referendum to implement them formally? It does all feel very contradictory.

Grasping on to power, and party politics

Sadly, those Councillors who currently benefit from the “Strong Leader” model appear to be fighting for the status quo. Despite voting to introduce these Committees they continue to rail against a referendum to formally introduce the full model for them.

In my view, for too long Sheffield has been held back by Party Politics; where Councillors and MPs object to something solely based on their perception that it didn’t originally come from within their own party.

Some Councillors and Cabinet Members are throwing around the incorrect accusation that the referendum has been instigated by the Green Party, or the Lib Dems. Not only is it untrue (the It’s Our City group is non-party political), it is patronising to voters and an irrelevant distraction.

Good ideas shouldn’t be discounted just because you perceive it to come from or benefit the opposition — if it benefits the people of Sheffield then it should be considered. It is time to stop with the childish politicking, twitter arguing and fighting things just for the sake of it because it doesn’t have your party’s colours attached.

So, how can I change things?

The upcoming local elections in May feature a referendum question regarding the governance model. This will look like:

How would you like Sheffield City Council to be run?

So the power is in the hands of the people of Sheffield to either continue the current model or make the change.

Of course it is up to you how to vote in this referendum. But please do consider all of the above and take some time to evaluate both options fully before crossing that box.