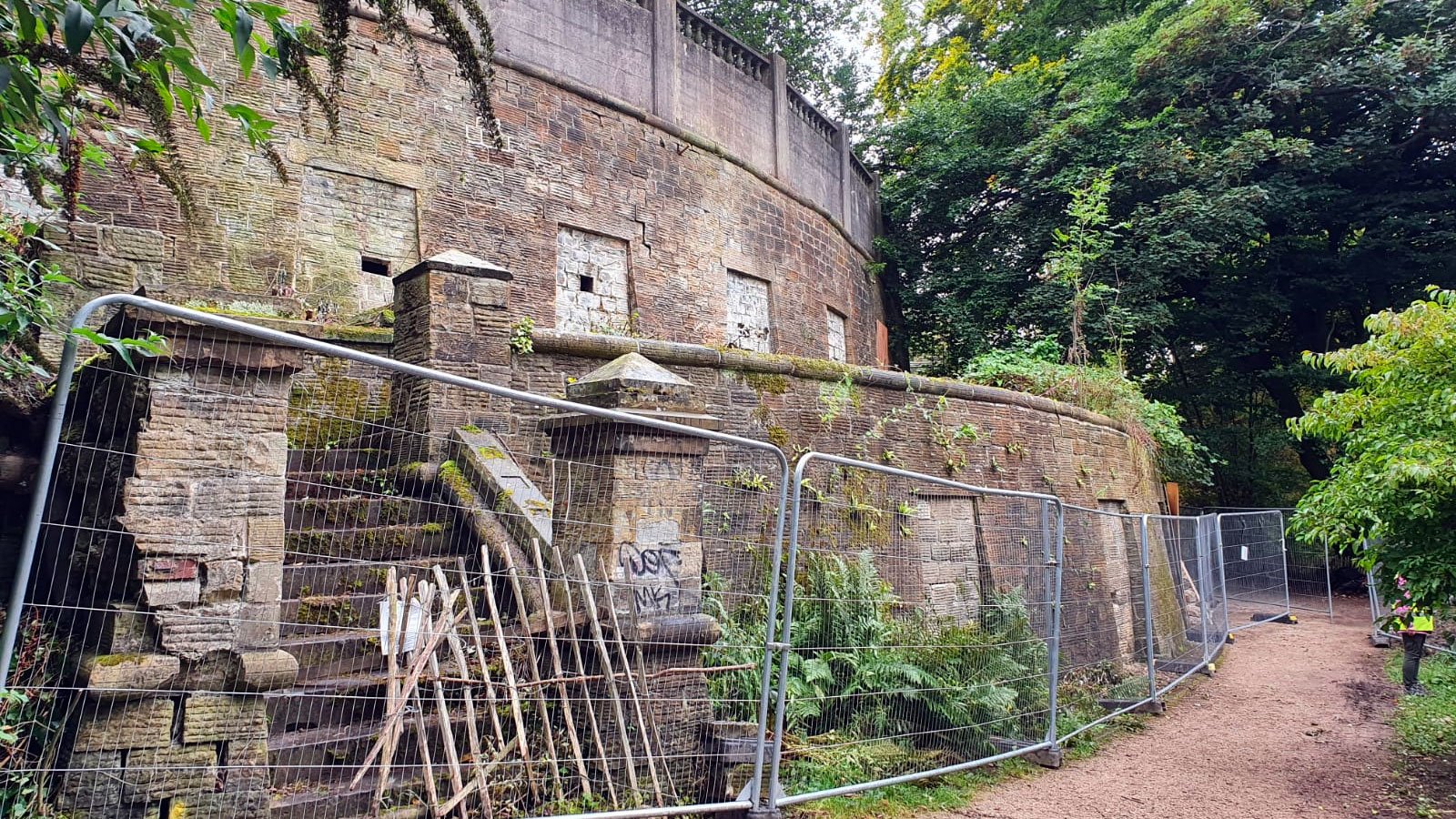 19th century catacombs are to be investigated at Sheffield General Cemetery after receiving funding from the National Lottery.

The Lottery’s ‘Parks for People’ fund has helped provide resources for conservation and repair works to take place.

Specialist engineers will now inspect the internal structure of the catacombs. Detailed plans for repairs and long term conservation of the impressive feature can then be finalised.

The investigations run very little risk of disturbing burials, however the project will be supervised by an archaeologist to ensure respect and sensitivity.

“We are delighted to see this long-planned project now actively safeguarding the special heritage of Sheffield General Cemetery. The catacombs are a fascinating and unique part of Sheffield’s history, and this activity is a crucial part our conservation plans.”Cllr Mary Lea, Cabinet Member for Culture, Parks and Leisure

The works take place thanks to National Lottery funding.

Sheffield City Council were recently awarded over £3million from the Parks for People fund. The money makes up part of a £3.75million investment in safeguarding Sheffield General Cemetery.

Works will help maintain the cemetery — including the catacombs — as a heritage asset and protect its status as a public park with good biodiversity to be enjoyed for generations.

“The National Lottery project allows us to enhance and protect one of the city’s finest historical assets and will enable more people from a wider range of communities to discover everything that makes Sheffield General Cemetery special.”Cllr Mary Lea, Cabinet Member for Culture, Parks and Leisure

Originally opened in 1836, Sheffield General Cemetery was created as a response to overcrowding and inadequate conditions across the city’s cemeteries. It was one of the earliest commercial cemeteries of its type.

Originally built ‘in the countryside’ in a ‘remote and undisturbed location’, the expanding city grew around it. It is now established as a city-centre park as well as being designated a Conservation Area, Local Nature Reserve and Area of Natural History Interest.

Over 87,000 people are buried within the cemetery which is located in the Sharrow area of the city. The last burial took place in 1976.

People laid to rest here include many of the biggest figures of Sheffield’s past such as steel manufacturer Mark Firth, sweet maker George Bassett and John Cole, a founder of the city’s famous Cole Brothers department store.

Sheffield General Cemetery is set back from Ecclesall Road with the River Porter running alongside that edge of the park. Opposite it is enclosed by Cemetery Road and Montague Street.

It is just a short walk from the City Centre via Cemetery Road or Ecclesall Road. From Ecclesall Road turn onto Cemetery Avenue to make your way into the park through its impressive stone gatehouse.

Car parking around the site is limited. Spaces may be found in nearby streets.