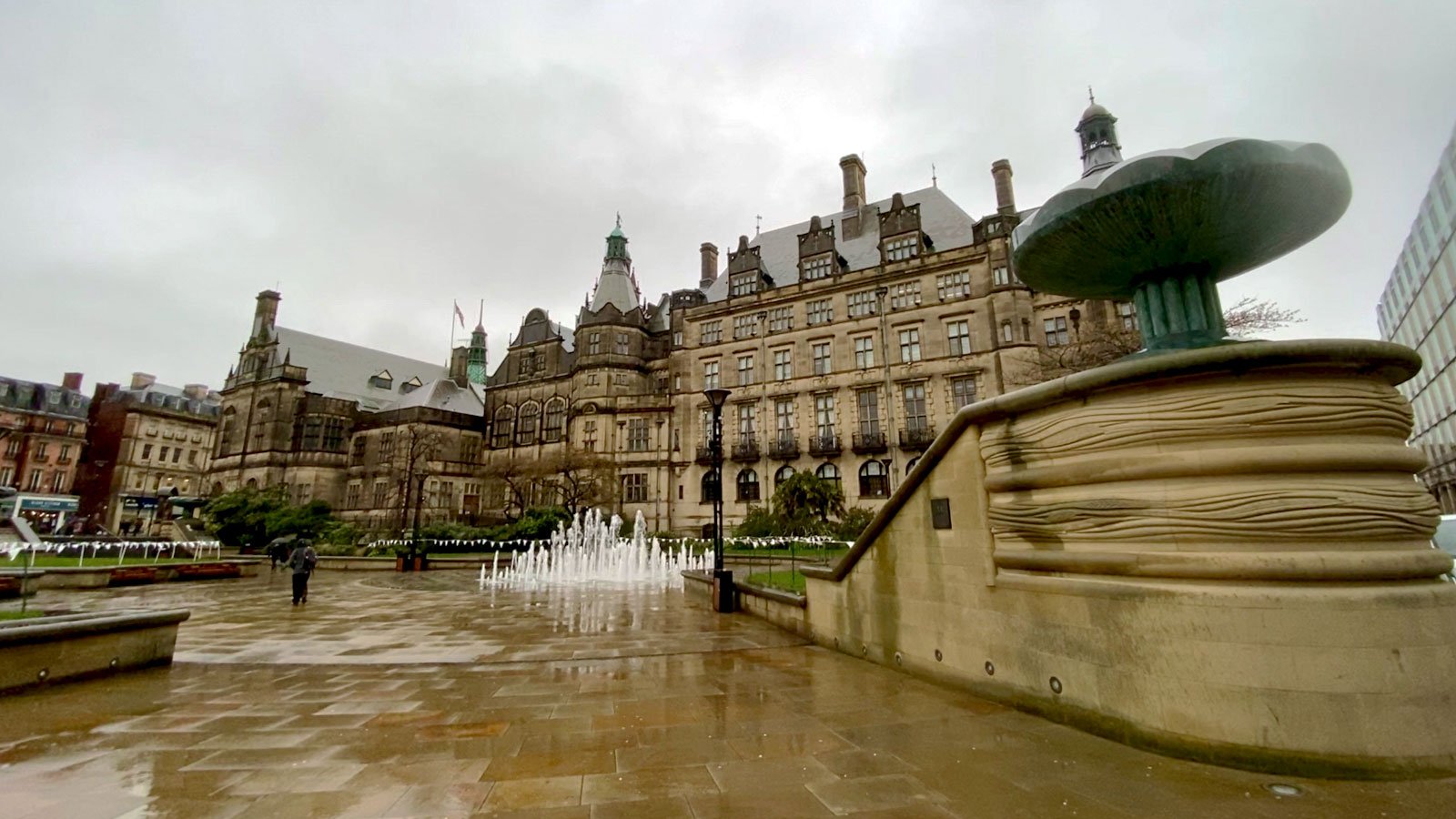 The results of Sheffield’s Governance Referendum announces change to way the Council is run.

Sheffield Votes For Change in Referendum

Sheffield has overwhelmingly voted for a change to the way Sheffield City Council is run.

A referendum was held during this year’s local elections after campaigners raised enough signatures to force a vote on the subject.

89,670 people voted for a change to a Modern Committee System to replace the current “Strong Leader” Cabinet system.

Comparatively, 48,727 people voted to keep the previous ‘Strong Leader” model, making 64.8% in favour of the change.

Campaigners had become frustrated with the way Sheffield City Council had been run, claiming that only ten out of 84 councillors actually had any real say in decisions affecting the whole city.

The “Strong Leader” model appeared to exclude councillors across a majority of city wards and led to a number of party-political controversies in recent years.

A move to the Modern Committee System is thought to be more democratic, involving more councillors from across the political spectrum in making decisions.

What Happens Now Following The Vote For Change In The Sheffield Referendum?

Sheffield City Council now has year to prepare for and make the change to a Modern Committee System.

This process comes in the wake of Labour losing overall control of the Council in the local elections, meaning cross-party input into the creation of the system is inevitable. Campaigners are also calling for the involvement of all stakeholders, and both local and national expertise in the creation of the new system of governance.

The Council had previously announced that some “Local Area Committees” would be created whatever the outcome of the referendum was. It is now for Councillors and Officers to formulate plans to move to a full Modern Committee System for the full running of Sheffield City Council.

Here is the full statement released by It’s Our City campaigners following the announcement of the result:

“This is a great day for Sheffield, for citizens and communities across our city, and for our shared future. Sheffield citizens have used their community rights to vote resoundingly for change to the way our council works and the introduction of a Modern Committee system. We are not surprised, but we are so very pleased, and Sheffielders can all be proud.

“Today is the culmination of 4 years hard work by residents of Sheffield, from 9 brainstormers around a kitchen table, to open meetings with 80+ participants, to forming a network of volunteers around the city, to the 26,000+ that signed the petition and now the resounding vote for Change. Huge thanks and congratulations go to all those involved, supporting and helping our campaign to get the message out across Sheffield. We know that Sheffield citizens, by organising and winning what is the biggest ever change of governance campaign in England, are an inspiration to many communities around the country.

“This is a vote to restore local democracy to Sheffield, where ALL councillors have the right to play a real role in council decision-making to represent us – all the people and diverse communities of our city. It is entirely due to citizens working together across our differences (including people from all the political parties) that has led to this binding vote for change. The people of Sheffield have decided that our starting point must be a new, progressive, and democratic governance system. This basic democratic reset is a call for representative and participatory local governance that respects the people of Sheffield. It is the very least that we all deserve.

The past, and a new future

“For a long time, our council has failed to understand the importance of good, local democratic governance, and what’s the best fit for Sheffield and the challenges it faces. The ruling group on the council have used ‘strong leader’ governance to maintain its own rule by the few, refuse to listen to citizens, and lock out others. They slept-walked towards the governance referendum, refusing to engage and respond positively.

“The right to represent, lead and make decisions is given by the people of Sheffield – a privilege to be used in running the city. In the local elections and governance referendum, citizens have now reminded our elected representatives of that reality. Modern committee governance – by ensuring that all councillors have a real role in decision-making – can stop the further deterioration in the way our city is run, and help us start to reverse the situation.

“Change will not happen overnight. The new council now has a year to design and introduce a new democratic Modern Committee system fit for Sheffield. Citizens will expect to see it being piloted before the end of this year (as other councils have done), and to see immediate, obvious shifts of approach and behaviour. We believe that a majority of elected councillors now support the change required by Sheffield’s referendum, and we urge them to take this forward with conviction, and for those who have blocked democratic progress in our city to think again and reconsider their roles as councillors.

“The experience of citizens during Covid has shown how things can be so much better if help from communities and other organisations is welcomed by the Council instead of being continually rejected. Now is the ideal opportunity to rebuild better by creating a council that welcomes input from citizens, experts, communities and outside organisations so that Sheffield can move forward positively and together.

“As there is no party with a majority in the council, a new more cooperative approach is required from all political parties. A new council leader must be elected and, now that the referendum has succeeded, it is vital that they are someone who has supported the call for change and is enthusiastic about leading a cooperative process to design and pilot the new system.

“When designing the new system, our new council must seek out the active involvement and expertise of all, including stakeholders and local and national expertise. It must recognise that for many years it has failed to follow normal practise in reviewing its governance, including the hasty review forced on it by the success of the referendum petition.

“While collecting signatures for the petition, It’s Our City! had conversations about governance with 20,000 people from all the wards in Sheffield – the biggest exercise anywhere of citizen discussions about local governance. This evidence and the voice of Sheffield people must be taken into account, rather than being ignored as it has so far. Other organisations, networks and communities have also done lots of relevant work and have expertise to support the development of the new democratic council constitution.

Lessons to be learnt

“We hope that council officers can use this opportunity to recognise the dysfunctionality they have been caught up in for many years and to understand its impact on them. There is a need for a new, positive and outward-looking approach to make sure Sheffield is at the forefront of best democratic governance practice.

“Likewise, we call upon the local media to recognise the outlier Sheffield has been in terms of good governance practice, and to carefully report on and hold to high standards the developments our city will now be pursuing.

“Communities and citizens working together have been the vital driver of change in Sheffield. The city has vibrant citizen-based political engagement and volunteer activity across many community groups, organisations and events, and on a range of issues. The city should be very proud of this, and it shows how misinformed the view of former leaders of the council was, who said that people were not interested in the way our council works. The result of the referendum shows how wrong they were. We expect a new Modern Committee system to have direct participation embedded into it, so that a range of external voices are part of city decision-making, and to encourage the ways that democratic governance can address inequalities in our city.

“The referendum campaign for an improved council struck an immediate chord with the people of Sheffield, who want to be proud of our city. The vote for change shows their belief that the council can move on from its past of wasteful tribal politics and start working together for the benefit of all.

“Citizens from all across the city’s different communities worked together and took on the responsibility and the right to decide the way our council works, and it will be vital they continue to make a positive contribution. We believe that Sheffield now has the best informed citizens on local council governance in the country – we mustn’t waste that and our own council must learn from us all.

“The best thing about our campaign for change has been the conversations between people that have taken place all across the city – in and between our different communities – sharing experiences, insights, ideas and hopes for the future. Winning the referendum belongs to all of us in Sheffield.

Thank you all for voting for change!“

EDIT: The above statement from It’s Our City has been changed to reflect a change we were notified of several hours after the statement was issued.

It’s Our City changed the line “We call upon the local media to recognise how abnormal Sheffield council has been, and in the future to more thoughtfully report on the council and to hold it to higher standards.”

“Likewise, we call upon the local media to recognise the outlier Sheffield has been in terms of good governance practice, and to carefully report on and hold to high standards the developments our city will now be pursuing.”

After the line was questioned on Twitter by Local Democracy Reporter Lucy Ashton, It’s Our City recognised the original sentence inadvertently read as a criticism of local media and have stated it was mistakenly and accidentally edited in haste before release to read that way, which was not the intention.