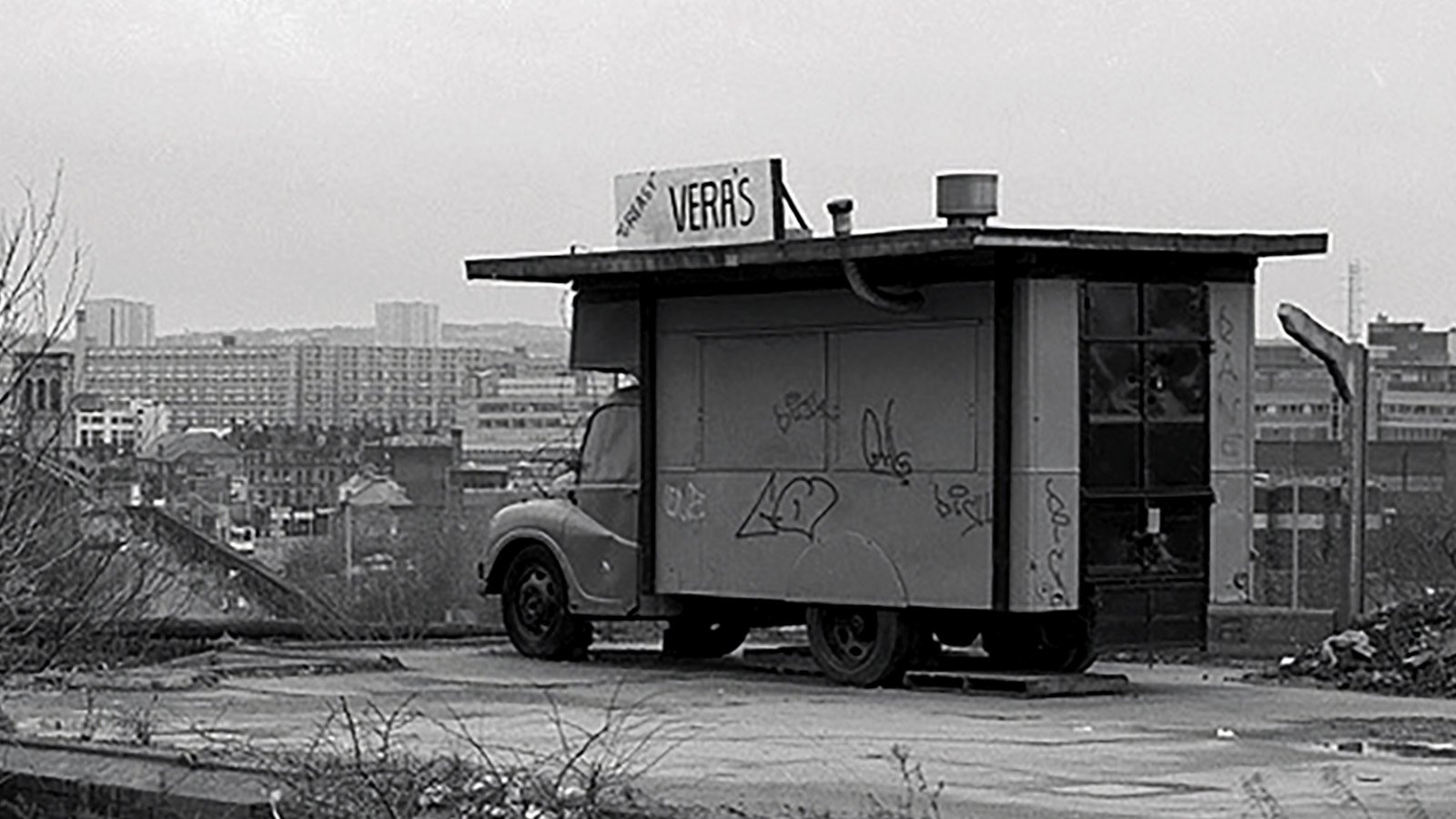 Greasy Vera’s famous food van in Sheffield was a popular place to grab some post-drinks food, or for shift workers to grab a bite to eat. Chegg Burger, anyone?

After a night on the town (remember The Limit?) you’ll need something to eat and line the stomach — preferably something really greasy.

Long before the likes of 24-hour McDonalds, choices for post-club eating were limited and Greasy Vera’s filled that gap.

For many years the most famous late-night/early morning eatery in the Steel City was a little blue van at Neepsend. Here, you’d find a unique mix of club revellers, taxi drivers, shift workers and police officers taking a break.

The snack van was originally situated on waste ground by the cement works on Mowbray Street, Kelham Island. Before long it moved to Swinton Street (behind the old petrol station, later Bubbles Car Wash) between Pitsmoor Road and Chatham Street.

Run by a friendly husband and wife team (Vera and Les), the old Austin van was converted into a burger van of sorts. An additional portacabin-type box was added in later years.

The vivid memory for many will be the now legendary ‘Chegg Burger’; A cheese-and-egg-topped burger that was seemingly only available at Greasy Vera’s van. It made the ultimate post-drinks fodder.

Managers would take famous artists to Greasy Vera’s for a bite to eat after performing at The Fiesta (pre-Roxy). The likes of Gene Pitney could be spotted by the blue van snacking on bacon butties in the early hours of the morning!

There were plans in the mid-2000s to reopen. Sadly, vandals stopped any chance of that happening following arson and theft attacks.

Sadly, for many years the site was left derelict and overgrown. Just a vandalised closed-up cabin stood where the van once was. Fly-tipping left the concrete strewn with old mattresses and various rubbish bags.

‘Great Central’ development on the site

However, a new development now occupies the site. Hundreds of apartments and studios will have taken the place of the old petrol station and cement works.

The Great Central development — Designed by Coda Architects — is named for the former railway line that ran behind the site. Building commenced in 2018 and is set to complete in 2020.