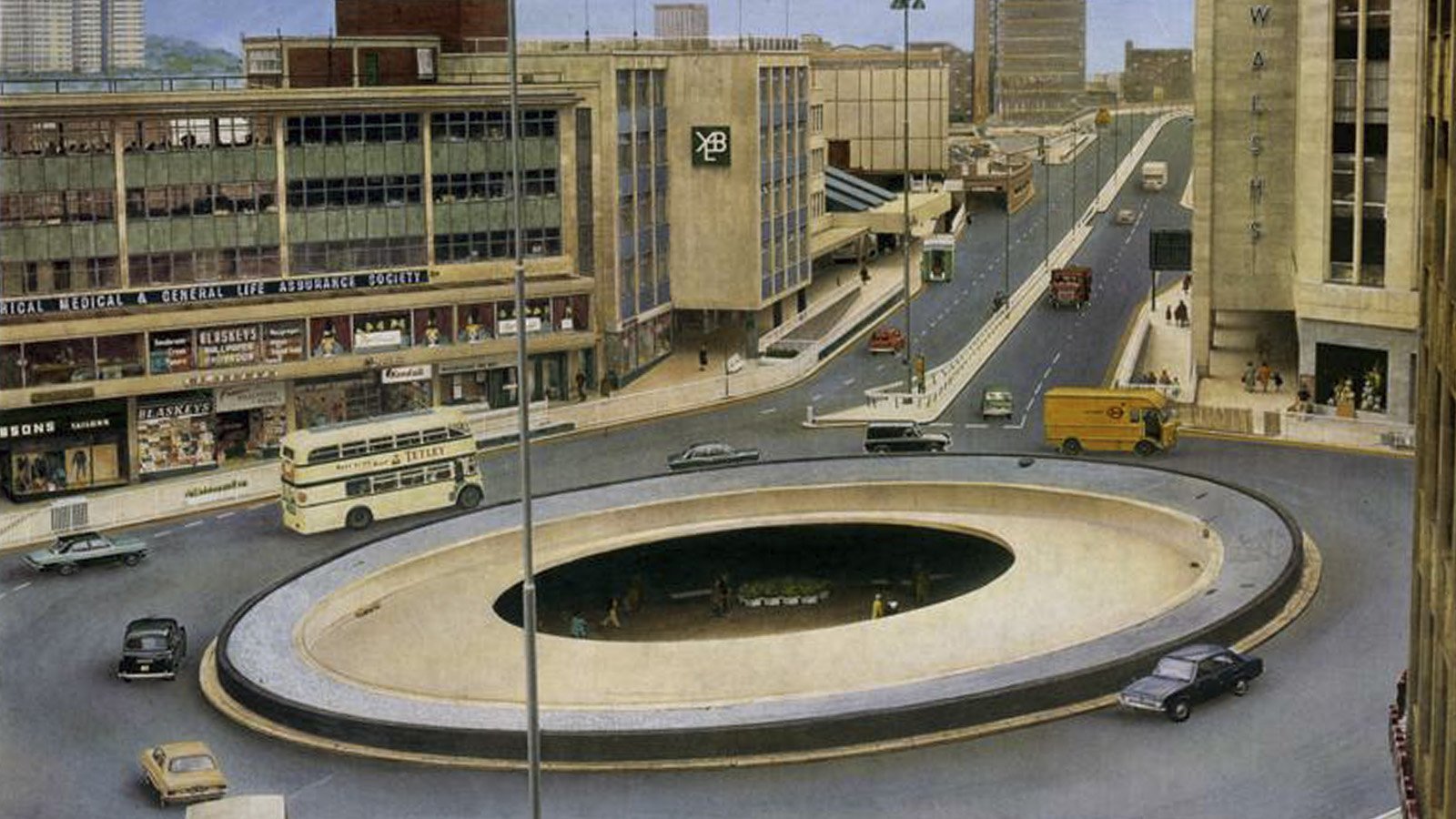 Castle Square roundabout was conceived to terminate the new Arundel Gate dual carriageway in the late 1960s. The flowing intersection would filter traffic to and from High Street, Angel Street and Commercial Street.

A massive Christmas tree was placed right in the middle each year. It reached high out of the overhead opening, making it visible to folk at street level too. Nobody ever seemed to see it being craned in, leading to annual conversations about how it possibly got there.

The thick magnifying glass of the tank housed 2000 gallons of water. Up to 20 fish were contained, including carp, godfish, bream, rudds, roaches and more. The occupants were fed five times a week, eating up to a pint of maggots and bread in just two days.

Designer and Jeweller Brett Payne specially built a section of steel railings which encompass parts of the square. These were so liked that Payne was invited to design similar railings for nearby Angel Street when it was redeveloped two years later.

Check out our Exclusive Art by James representation of the Hole in the Road, available online at The Sheffield’s Guide’s Sheffield Shop: